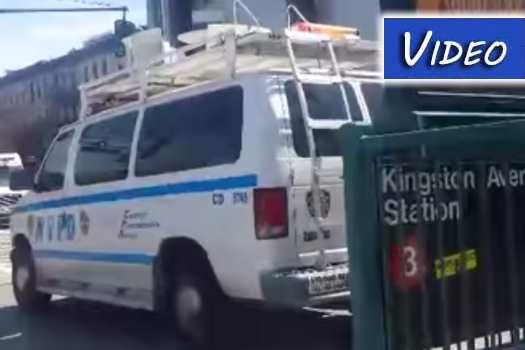 Yesterday a video was posted online of an NYPD van informing Crown Heights residents of Mayor Bill De Blasio’s new “Vision Zero” plan, which seeks to reduce traffic fatalities. The loudspeaker blares the message first in English, then in Yiddish, in what is no doubt part of the mayor’s efforts to reach wider communities.

Tablet Magazine points out that Crown Heights is a funny place to reach out to in Yiddish, as census data shows there are only a few thousand community members who reported Yiddish as their primary language, and of those only a few hundred said they don’t speak English “very well.”

According to census data, a total of 3,109 Crown Heights residents reported speaking Yiddish at home, with only 386 of those respondents reporting that they speak English less than ‘very well.’