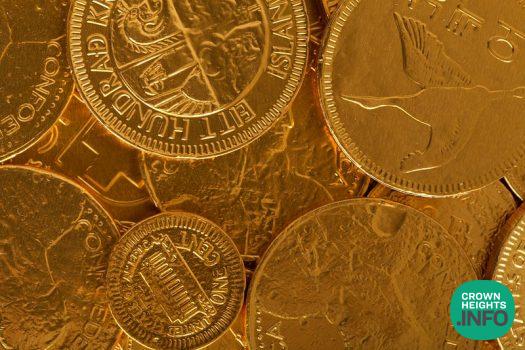 “And you should count for yourselves, from the morrow of the Shabbos, from the day that you bring the Omer, a wave offering, they should be seven complete weeks.”

The literal meaning of ּוּסְפַרְתֶּם לָכֶם = you should count for yourselves.

The Alter Rebbe once taught that the meaning of ּוּסְפַרְתֶּם לָכֶם can be translated “and you should sparkle yourself”, make yourself shiny and clear.

The word ּוּסְפַרְתֶּם comes from the root of the word ּספיר, like an אבן ספיר = a crystal-clear sparkling diamond, meaning to say that when we count the Omer for 49 days, which is seven times seven, over this period we fully refine our emotions in preparation for the giving of the Torah on Shavuos, which also means weeks.

Once we complete refining all the attributes and emotions, we reach a level of שֶׁבַע שַׁבָּתוֹת תְּמִימֹת = seven complete weeks, our emotions become perfectly whole, which makes us Shabbos’dik, we become like Shabbos, the day when we no longer need to perform any work, because all the necessary work has already been done, including the work of refining, hence we become Shabbos’dik.

The Rebbe once illustrated what it means to refine oneself, with the following story:

Reb Gavriel Nose Chein (the bearer of grace), a prominent man from Vitebsk, was a Chosid of the Alter Rebbe, after 25 years of marriage he had no children, and due to jealousy and other reasons, Reb Gavriel lost his entire wealth.

Once the Alter Rebbe sent a messenger to collect money for Pidyon Shevuyim (redeeming prisoners, as was the practice by the antisemitic landowners, who on a whim would take their Jewish subjects and throw them into a pit, and keep them there for a hefty ransom), and he named an amount that he was expecting Reb Gavriel to contribute.

Not having even one Kopek to offer, Reb Gavriel was despondent and in agony because he couldn’t honor his Rebbe’s wish.

Seeing her husband’s pain, his wife Chana Baila decided to act, she took all her Jewelry and sold it for the required amount, then she took the coins and scrubbed them and polished them, until they became shiny and they sparkled like new.

Chana Baila gave the bag with the coins to her husband, and she urged him to travel at once to the Alter Rebbe and deliver the money that the Rebbe requested.

When Reb Gavriel came to the Alter Rebbe, the Rebbe told him to open the bag and place the content on the table, doing so, the coins lit up the room with their sparkle.

The Rebbe went into deep thought, and said: In the Mishkan (the Tabernacle), the only item that shined and sparkled was the Kiyor (the wash basin) which was made from the sparkling mirrors that were donated with self-sacrifice by the Jewish women in the desert, tell me where did you get these coins?

Reb Gavriel told the Rebbe the whole story of his terrible lot, and that because he had no money, his wife sold her Jewelry, and polished the coins to make them sparkle, and then sent him off to the Rebbe.

Again the Rebbe went into deep thought, and he blessed Reb Gavriel with children and long life, and he instructed Reb Gavriel to abandon all his businesses and to start dealing with precious stones and diamonds.

The blessings materialized, and Reb Gavriel became very wealthy, he had much Nachas from many children and grandchildren, and he lived to the age of 110, and his wife outlived him by two years.

This, the Frierdiker Rebbe said, is the meaning of counting for yourself, making yourself sparkle, by actions of Mesiras Nefesh and total dedication to work things out to make them sparkle, this is the proper preparation to receive the Torah after seven weeks of counting and refining.

And taking a tip from Pesach Sheini, it’s never too late to make up for the past.

Have a sparkling Shabbos,
Gut Shabbos