« Weekly Unique Photo of the Rebbe
Weekly Story: Every Word Is Meaningful » 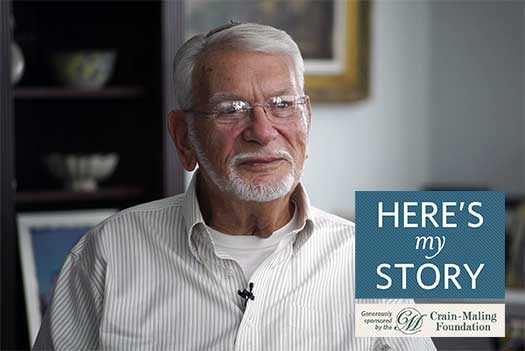 The events that I am about to relate took place in 1958, when I was just twenty-four years old. I was enrolled in rabbinic studies at Yeshiva University, whose Rosh Yeshivah, Rav Joseph Ber Soloveitchik strongly encouraged his students to serve in the armed forces. He felt that the United States had been very good to the Jewish people, and that we had an obligation to do our part in serving the country.

He instituted a policy that five students in every rabbinic class of Yeshiva University were obliged to volunteer as chaplains in the US armed forces. These five were selected through a lottery system, and I happened to be one of them. I passed the physical and was informed that a chaplain was needed in the US Air Force, so this is where I prepared to go.

However, my father objected. He felt, as did many Torah observant people back then, that the armed forces – with their secular environment – were not a place for religious boys.

With Rav Soloveitchik telling me to do one thing and my father telling me to do another, I was stuck. But, as we read in the Talmud, “two verses contradict each other, until a third verse comes to resolve the dispute.”

I decided that the “third verse,” should come from the Lubavitcher Rebbe. Why did I choose the Rebbe? For three reasons: First, I had heard stories about him, that he could solve difficult problems and how even non-religious people would go to him for advice. Second, he had a reputation as a worldly man, one who understood the secular world and could relate to it. And third, he was someone who was held in high regard by my father, himself a Torah scholar and astute lawyer who advised other chasidic leaders.

When I made an appointment to see the Rebbe, I decided to bring along my future wife. I had recently become engaged and, since the resolution of this issue would also affect her life, I felt she should come along; indeed, she very much wanted to come. When we arrived at Chabad Headquarters at 1 a.m., we were amazed how many people of every stripe were there waiting to see the Rebbe. He was a young man then; he had only been the Rebbe for about seven years, but already he had earned a reputation as a very wise man.

“If you were a pilot of a plane,” he replied, “you would be responsible not only for yourself, but for all the passengers in that plane. If you felt that you could land that plane safely, then you would have an obligation to sit in the pilot seat. But if not, then you would have no right to sit in that seat. In your case, if you feel that you can help the Jewish people in the US Air Force, then that’s what you should do.”

Notice the depth of the Rebbe’s message. Using this metaphor, which was so appropriate to the situation, he left the decision in my hands. He didn’t tell me to enlist or not to enlist. He told me that I needed to examine myself. Did I have what it takes to be a chaplain in the armed forces? If so, then I had an obligation to serve the Jews who needed me there.

I reported to my father what the Rebbe had said, and he responded, “Since the Rebbe agrees that you should go in, I also agree.” And so, once I received my rabbinic ordination, I enlisted.

I was stationed at a large base for B-52 bombers in Limestone, Maine, where ten thousand people worked, of whom only about seventy-five were Jewish, but many of them held positions of importance as officers and navigators. I served there as a chaplain for two years. When I left, I got a job as a rabbi not too far away from the base, in Bangor, Maine, and I remained there for thirty-nine years.

Because I lived only about three hours away, I was asked to come back to the base once a month and continue to serve as chaplain. I do believe that, because I was able to do this, at least one Jewish officer, a doctor, became Torah-observant when he finished his tour of duty. He settled his family in my community in Bangor, where I also established a Jewish day school which his children attended. They were among many children of non-observant parents who came to my school and, as a result, became religious. I have kept in touch with some of those children, who are observant to this day, and they have raised wonderful families.

So I have to say that if it wasn’t for the Rebbe, I wouldn’t have served in the US Air Force, and I wouldn’t have become a rabbi in Bangor because I would never have even arrived in Maine. And I wouldn’t have had the impact that I ended up having on the Jewish officers and their families.

Of course, I also credit Rav Soloveitchik who urged his students to serve. But, in my particular case, it was the Rebbe who reconciled the difference of opinion between the Rav and my father, and that made all the difference in my life.

Rabbi Henry (Chaim Yona) Isaacs served the Jewish community of Bangor, Maine, for close to forty years before retiring to Israel. He was interviewed in September, 2017.

« Weekly Unique Photo of the Rebbe
Weekly Story: Every Word Is Meaningful »