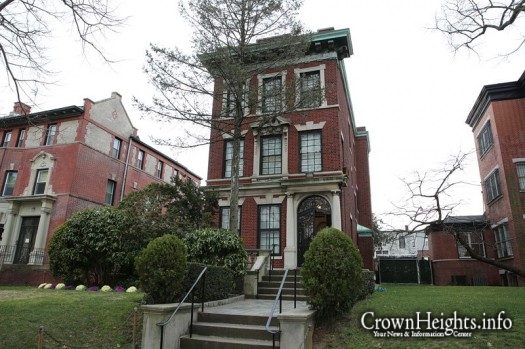 As it is known, in the first decade of the Rebbe’s nesius, there were three nights a week designated for Yechidus, and it wasn’t that difficult for a person to arrange that they be received by the Rebbe. Then over the years it became harder to get a yechidus on a moments request, as the amount of people seeking the Rebbe’s counsel and thoughts increased dramatically.

It happened (I believe in the mid 70’s) that a Jew, who was not from Crown Heights had a situation that he felt he must discuss with the Rebbe, but at that time already, it was extremely difficult to be granted a yechidus on short notice.

So he called his Lubavitcher friend and asked, “What does a person that has to speak with the Rebbe do, if he can’t meet the Rebbe in a Yechidus?”

His friend answered him, The Rebbe davens mincha every weekday (unless he is going to the Ohel) at 3:15. So a person that has to say something urgent, stands in the hallway of 770, and waits for the Rebbe to come out of the small beis hamidrash where he davens mincha, and if the Rebbe hears you begin saying something, he will stop and answer before returning to his room.

The man thanked him and came to 770 before mincha began and saw the short distance between the door going to the Rebbes’ room and the door to the beis hamidrash. He would have to be quick about it.

He saw the Rebbe going into the beis hamidrash and some minutes later was able to hear that davenning was concluding and he positioned himself in a place that the Rebbe would pass right by him. However, he wasn’t used to 770 and a moment before mincha concluded and the Rebbe opened the door to go back to his room, twenty or more individuals all rushed into that area to receive the Rebbe’s brocha for a safe trip or other reasons and he found himself behind quite a few people.

Calling up his friend, he thanked him for his help but sadly informed him of what happened and asked pleadingly, is there anything else I can do.

The man replied, If it is an emergency, and evidently you don’t know how to push yourself to the front, there is another way.

Every morning, the Rebbe leaves his house on President street after 9:30 and is driven to 770 by one of his secretaries. So my advice to you is, you should come there by 9:15 or so and stand a few houses away, until you see the front door of the Rebbe’s house opening. At that point, you should know the Rebbe is going to walk down the steps from his house to the car and go to 770.

You should then rush over to towards him and speak to him on the sidewalk, as it takes him less than a minute to enter the car.

The man did as he was told, and after standing there for some time, he saw a car pull up in front of the Rebbe’s house and like he was told, someone got out and opened the door on the passenger side and stood there. That must be the secretary he thought and that means the Rebbe is about to come out. Sure enough, a moment later, the door of the Rebbe’s house opened and the Rebbe began walking down towards the car.

The individual walked briskly and stopped at the bottom of the steps, and as the Rebbe came close he began mentioning whatever the situation was. The Rebbe stopped, heard what he had to say, asked some questions and responded giving him an answer and a brocha. The Rebbe then entered the car, which immediately drove off to 770.

The man was thrilled and relieved, the Rebbe answered his question and he knew how to proceed, from now on, everything will be good.

But before he could begin proceeding to his car a few bochurim rushed over to him and began berating him for this sheer audacity. How dare you interrupt the Rebbe’s holy schedule, they declared. Don’t you understand that the Rebbe’s minute and indeed second is so precious to him, and yet you just wasted ten minutes of his time. Why do you think, your situation is more important than everyone else’s? They all write a letter, but you, his written response is not good enough; you need to talk to him.

The man felt terrible, he had thought that this was the way many people did it, but know he realized that according to these bochurim he did something terrible. The way these young men stated it, it was as if he committed a cardinal offense. Now he felt terrible.

So after following the guidance the Rebbe had said to him, he wrote a letter thanking the Rebbe for his graciousness and then profusely apologizing for his “crime”.

The next day that individual returned to 770 and looked around the beis hamidrash, until he noticed those young men.

Going over to them he said; “I took your words to heart and I wrote a sincere apology to the Rebbe as you said should be done. Today the Rebbe’s secretary called me and said the Rebbe responded, so I came to receive his answer. However, I don’t know if the answer is only to me, perhaps it is to you or better said, primarily to you.

This is what the Rebbe replied.

Compilers note: I don’t have the exact words, so I will be saying it in general:

The askan who related this story concluded, we have indeed accomplished tremendously. The Rebbe once exclaimed that he didn’t envision that his shluchim would have such tremendous success. Yes there is definitely what to be proud of!

But let us remember the Rebbe’s words; maybe all of our accomplishments until now, was only in order that today we can help one more Jew, one more individual. That is our shlichus every day.

May we all succeed in our individual and collective shlichus, revealing and permeating G-dliness throughout the world, and merit the coming of Moshiach, NOW!

Rabbi Avtzon is a veteran mechanech and author of numerous books, including the upcoming 4th volume of The Rebbeim Biography Series: The Rebbe Maharash and the 6th volume of Early Chassidic Personalities Series: Reb Binyomin Kletzker.  He is available to farbreng in your community and can be contacted at avtzonbooks@gmail.com.