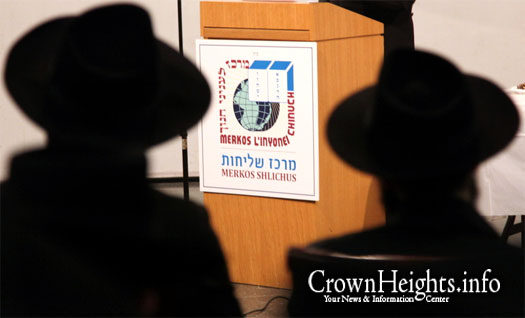 Rabbi Mendy Paltiel, Shliach to Laguna Niguel, CA, shared on Whatsapp a remarkable, personal story of the Rebbe he heard from fellow Shliach Rabbi Zalman Marcus of Mission Viejo, CA. A short while later, a recording of the Rebbe’s Sicha surfaced that verifies the story to the tee, allowing everyone to “witness” it for themselves.

The following is an audio clip of Rabbi Paltiel sharing the story:

The following is a recording of the Rebbe’s Sicha that surfaced:

Update: As the story continues to go viral, Rabbi Yossi Jacobson, Shliach to Des Moines, Iowa, gives his personal recollection of the events:

Update #2: Rabbi Zalman Heber, Shliach to Pierce County, Washington, was also present during that Sicha as a young child, and gives over his own experience after hearing those words from the Rebbe: