« Weekly Letter: Proof of G-d’s Existence
Shabbos at the Besht: “Due Date” for Moshiach » 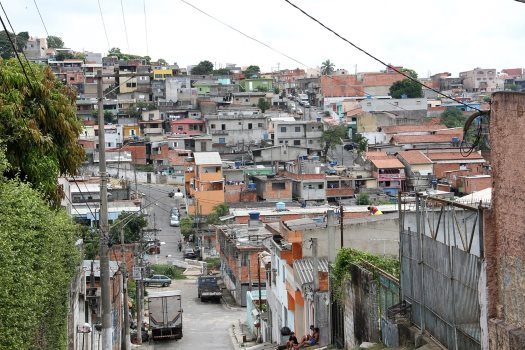 Last Shabbos I heard the following story and when I repeated it at a sheva brochos, Reb Yisroel Zaientz of San Paulo, Brazil, the grandfather of the kallah, exclaimed, ”It is true, as it happened in my house,” and he filled me in with many of the details.

Reb Nosson Nota (Notke) Barcahan, was born in Riga, Latvia, and then settled in Russia. As the Communist regime tightened their control on every aspect of life and made life miserable for a Jew, especially one that was shomer Torah and mitzvos, he emigrated to Eretz Yisroel.

In the year 5747 (1987) he came to the Rebbe and on the Sunday that he was to return to Eretz Yisroel, he stood in the line to receive a dollar and brocha from the Rebbe. The Rebbe gave him a dollar, and to his surprise, the Rebbe said, “This is for Brazil.”

While many may have replied, Rebbe, I am returning tonight to Eretz Yisroel, or just say in astonishment TO BRAZIL?, Reb Notka didn’t say a word. Rather, as soon as he arrived at his host’s house, he called his travel agent and instructed him to change the ticket and book him on a flight to Brazil.

The travel agent inquired, why are you going to Brazil? What business do you have there? How long are you staying there?, You realize it is going to cost you a nice amount of money, and similar questions.

Reb Notka replied, I am going there, because when the Rebbe gave me a dollar just a few minutes ago, he said this is for Brazil. That means the Rebbe wants me to go to Brazil and accomplish something there. So I am going there and will be there until I feel I fulfilled the mission the Rebbe is sending me to do.

Hearing this, the travel agent booked a ticket to Brazil, without an exact continuation date to Eretz Yisroel and Reb Notka boarded the plane.

On the plane, Reb Yisoel Zaientz noticed him and asked, Reb Notka, where are you going, what business do you have in Brazil? Once again Reb Notka repeated the story and Reb Yisroel immediately said, “As long as you are in San Paulo, you will be my guest. You will eat and sleep in my house.”

Reb Notka was happy with this arrangement and thanked him for the offer.

As soon as he arrived, he called the Shliach, (Reb Shabse or someone else), and after telling him the whole story, asked, “So what do you have for me to do?”

The shliach replied, I don’t have anything specific for you to do. You can participate in the shiurim (classes) and if you wish, you can give them yourself, but I don’t know if that is the reason the Rebbe told you to come to Brazil.

Reb Notka did daven with the minyanim and participated in the shiurim, but every day he asked the shliach what could he do? The Rebbe sent me here for a reason!

After almost a week, the shliach had an inspiration and replied, A while ago a lady who is originally from Riga called me about her son. He is befriending a non-Jewish girl and although I spoke to him, I was unsuccessful in convincing him to break up with her, and I believe he is planning on marrying her rachmana litzlan (G-d forbid). Perhaps that is what the Rebbe had in mind when he said you should accomplish something in Brazil. Would you be willing to speak with them? You were also born in Riga and speak their native language; maybe you can be more successful than I was.

Reb Notka immediately replied, with pleasure, and the Shliach gave him the mother’s number.

Calling her up, he introduced himself in his and her native language and the woman immediately pleaded with him to please talk to his son. Reb Notka replied, I am available to talk any time of the day your son is willing to meet me.

She said, I will speak to him in the evening when he comes home and I will call you then.

Reb Notka made sure to daven Mincha as soon as it is permissible, so this way he would be able to take the call and meet the young man at the time that is convenient for him. That evening the mother called and in a trembling voice she said, my son is willing to meet you at around nine thirty tonight, is that good for you? Please, help!

Reb Notka replied, it is perfect time for me and I will do everything I can to help you.

That night they met and talking in his native language helped relax the young man. He was intrigued by the fact that Reb Notka was in Brazil only because the Rebbe instructed him to come for some unknown mission and perhaps the purpose was that they meet and talk. In other words even though he was completely unobservant, a great Rabbi in New York thought about him as an important member of the Jewish nation, to the extent that he sent someone out of hi way, just to speak with him. They had a lengthy and earnest conversation which lasted until the early hours of the morning.

The young man then excused himself and asked if they can continue their conversation the following evening?

Reb Notka replied, Of course, and so they met throughout the week talking about the uniqueness of being a Jew and the reason why Hashem chose a minute percentage of humanity and gave them a special mission.

After a week, the young man stated he is breaking off his friendship with the lady with whom he was planning on marrying. However, he said worryingly, Rabbi Barkahan, when you return to Eretz Yisroel, who will I be able to talk to? When you are not here, I am afraid I will fall back to where I was.

Rabbi Barkahan, replied, let us make a time and I will call you every week and we will continue our conversation over the phone.

The young man was relieved and in their weekly conversation six months later he joyfully informed him that he is becoming engaged to a wonderful Jewish lady.

Reb Notka asked, when the wedding will take place and then booked a ticket to Brazil in order to participate in the wedding.

This is how a chossid understands and acts on a single word of the Rebbe.

It is also my personal honor in publicizing a story about Reb Notka, as he once saved my mother a”h in Russia (in the 30’s).

Rabbi Avtzon is a veteran mechanech and the author of numerous books. He is available to farbreng in your community and can be reached at avtzonbooks@gmail.com  See you bezras hashem in Toronto on Yud Beis Tammuz.

« Weekly Letter: Proof of G-d’s Existence
Shabbos at the Besht: “Due Date” for Moshiach »