« It All Starts Here
8:00pm: Are Lavish Dinners in the Spirit of Chasidism? » 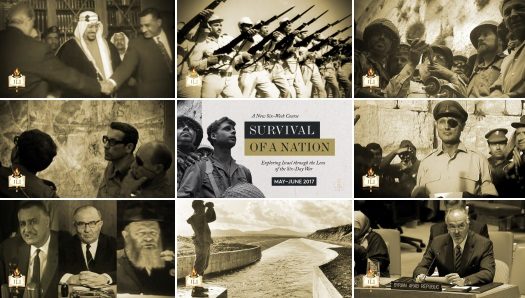 JLI’s newest course, Survival of a Nation celebrates the 50th anniversary of the miraculous Israeli victory in the Six-Day War.  To introduce the course to thousands of students across the globe, JLI created a documentary series summarizing the events of the War. The complete 8-Part Mini-Series is now online, and can be viewed in the extended article.

3. The Battle for Jerusalem

7. The War over Water

8. Bias in the United Nations

« It All Starts Here
8:00pm: Are Lavish Dinners in the Spirit of Chasidism? »