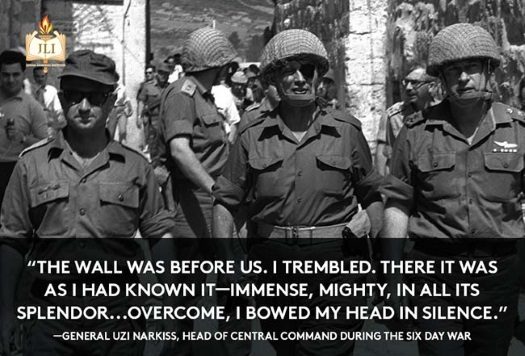 JLI’s newest course, Survival of a Nation, commemorates the 50th anniversary of the miraculous Israeli victory in the Six-Day War. As part of the course, JLI created this video, “The Battle for Jerusalem,” that tells the story of Israel’s 1967 battle to rescue Jerusalem from Jordanian assault, and the ensuing liberation of the Kosel and the Har Habayis, and the reunification of Jerusalem.