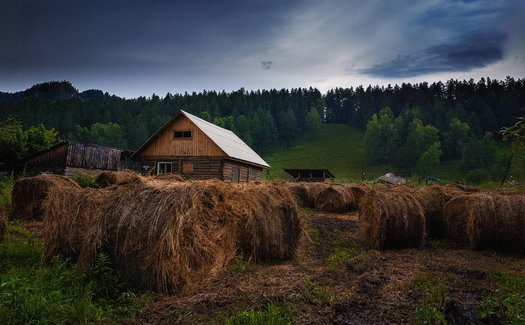 Today, erev Shabbos parshas Vayetzei, is Tes Kislev, the birthday and yahrzeit of the Mitteler Rebbe. As is well known, one of his tremendous accomplishments for the welfare of the Jewish people was his success in obtaining the Czar’s permission for Jews to move out of the Pale of Settlement and settle in the Ukraine. Initially there were only twenty-two colonies, which over the years grew and multiplied manifold.

In this week’s, weekly story, I am presenting newly discovered information which demonstrates the tremendous foresight the Mitteler Rebbe had, which allowed him to embark on this project that was originally beset with tremendous challenges and formidable obstacles.

The following is taken from the expanded edition of the book Reb Pinchos Reizes, which was just released:

After Russia won the war against Napoleon, in 5573 (1812) the Czar was extremely appreciative for the tremendous assistance that the Alter Rebbe rendered for the country in helping them defeat the enemy. Meeting with the Alter Rebbe’s family, he asked what he can do to demonstrate and express his deep and tremendous appreciation.

The Mitteler Rebbe replied, being that so many Jewish communities were entirely destroyed by the war, and tens of thousands Jewish families were displaced; these citizens have no place to live and no way to support their families. They are destitute and desperate to start anew. So our request is; that the Honorable Czar responds positively to our father’s ten year old request that Jews be allowed to settle in distant Ukraine and establish agricultural colonies there.

A year later, in the beginning of 5575 (1815), the Czar granted this request and the first few Jewish colonies were established in the distant Ukraine. However, besides for being allowed to live and work the land itself, they were given nothing else; no money or equipment to work with. There were no houses, no infrastructure; everything had to be built from scratch. The fields had to be cleared from the trees, shrubbery and stones before they can be plowed, planted and harvested. When the Mitteler Rebbe visited the colonies that spring, he advised them and saw how they built their houses from scratch.

Many of the Jews that decided to settle there were bereft of all of their belongings and desperately trying to rebuild their own life; no wonder that they forgot to bring along melamdim, mohelim and shochtim. They intended to bring them once the community became more established. However, things were initially much more difficult than they envisioned. Subsequently none of the above was taken care of by them.

The following year, there was a conference of the Rabbonim of Lithuania and White Russia, to discuss the dire situation that the Jews in the colonies of Ukraine were enduring. In their proclamation dated Tuesday the 15th of Sivan, 5576 (1816), they wrote the following:

“Our hearts melted, when we heard the stressful cry of our brothers, who have settled in the colonies. Their intention was to cultivate the fertile land and eat from a bountiful harvest. However, as of yet, this has not materialized.

“Not only is there no bounty, there is nothing at all. They are bereft of everything. There is no money for food or clothing, the house is empty. Hundreds and indeed thousands have passed away in the past year from hunger and other ailments. And if we don’t rise up to the challenge, and help them financially, to cover bare minimum necessities, many of the surviving ones will also perish.

“Their spiritual situation is even worse; there is no education for the children nor are there Rabbonim for the communities. They don’t have mezuzos for their homes, or sefer torahs for the shuls that have to be built, and there are only a few pair of tefillin for each community.

“If nothing is done to change this situation, there is no way they will survive materialistically or spiritually.

“Therefore after lengthy deliberations of how to help them, we decided to enact the following temporary regulation on all Jewish families in our region. It would raise money to cover these basic necessities.

“Every family in these provinces before they light their Shabbos candles should donate[1] three small coins for each candle that is lit in their house. If a person is wealthier and uses a silver candelabra, then they should double that amount. This money will be used solely for the above-stated purpose. However, those among us who are themselves extremely poor, and therefore they only light two candles every erev Shabbos, for the entire household, are exempt from this regulation.

“Each community shall choose a trustworthy person who will collect these coins on a weekly basis and sent it to our brothers in need.

“Furthermore it was unanimously agreed that the noted av beis din (Chief Rabbi) of Volozhyn, Reb Chaim together with the learned magnate Reb Pinchos, the son of the av beis din of Shklov, Reb Chanoch Henich Schik, will be the only and final arbitrators who will decide how much money is to be allocated to each colony and for what purpose it should be designated.  Therefore you can send the collected money to either one of the above mentioned esteemed individuals.”

From this proclamation we see the level of cooperation that existed between chassidim and misnagdim. Reb Chaim of Volozhin was one of the greatest talmidim of the Vilna Goan and as noted throughout this book, Reb Pinchos was one of the most trusted chassidim of the Alter Rebbe and then of the Mitteler Rebbe.  Yet these two individuals worked hand in hand and in harmony for the benefit of the Jewish people.

We should note; after those initial difficult years of establishing the colonies, they began to expand and prosper tremendously. Ultimately, hundreds of thousands of Jewish families settled there, living in dignity, as proud Jews. A hundred years later there were over a million Jews living there.

[1] This is one of the first references that we find of giving tzedokah specifically before lighting the Shabbos candles. Having a pushka in the house is noted numerous times in the Alter Rebbe’s letters and perhaps much earlier than that.

Rabbi Avtzon is a veteran mechanech of the United Lubavitch Yeshiva – Ocean Parkway and the author of the Rebbeim Biography Series, Early Chassidic Personalities Series and numerous other books. He is a sought after farbrengener and can be contacted at avtzonbooks@mail com.

This week’s story is dedicated in honor of the anticipated complete and swift recovery of my dear student Schneur Zalman Ovadyah ben Rina Miriam b’ezras Hashem.