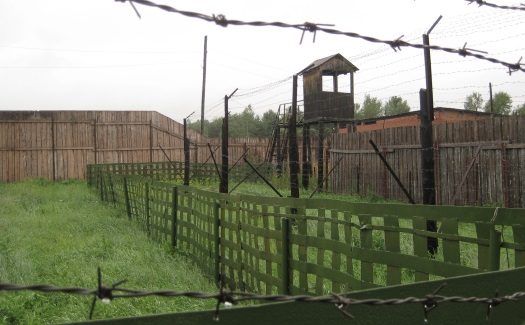 The mashpia Reb Mendel Futerfas related numerous stories about his time spent in the Soviet prison system in Siberia. Each story brings out a certain lesson in our avodas Hashem (serving Hashem).

One of the principle points of survival for the prisoners was not allowing their surroundings and situation dampen their spirits. They made carnivals, many played with cards and tried to be upbeat.

One time, while they were passing their free time saying jokes etc., all of a sudden one of the prisoners in that barrack began sobbing and he couldn’t stop. After a few minutes, the leader of the group asked him, tell me, why are you crying now, we can’t let them realize that we are broken!

The man replied, “How can I not cry? We are trying to have an enjoyable time, and this reminds me of what I was a mere six months ago. Then I truly had an enjoyable time. I was the chief physician in the city, every difficult medical issue was brought to my attention. Everyone tried to make sure that I and not one of the numerous doctors under me treat them and their family. I was invited to every important function. I was truly happy.

Now look at me, no one cares or knows that I am a famous physician. All the years of studying and experience is for nothing. Indeed I feel as if I am nothing, so how can I not be sad?!

The leader of that group, stood up and stated, Why do you think, your situation is so unique. I was the top lawyer in the entire region. I was able to demand a premium price for my services and I too was invited to every important meeting, and now, I am in the same mess you are in

Another prisoner then stood up and said, your woes are nothing compared to mine. I used to be the most feared person in the entire region. Everyone trembled when they saw me, I sent countless innocent people to prison and even to death, just to put a fear in everyone. And then one day my subordinates gleefully arrested me on trumped up charges and I was reduced to a nothing.

This conversation was continued by each person, saying how he was reduced from his importance into a nobody. The entire time Reb Mendel listened with amusement and a smile was noticed on his face. That was noticed by a few of his fellow prisoners and they pointedly asked him, why he thinks this is amusing, “Didn’t you lose some prestige or importance?” They inquired. “What were you before you were sent here and what are you now?!!!

Reb Mendel replied, “Before I was arrested, I tried to be chassidish, and serve the Creator to the best of my ability and that same mission remains with me until this very day. The place and surroundings may be different, but the goal remains the same.

So yes, we are in golus and darkness, but our mission remains the same.