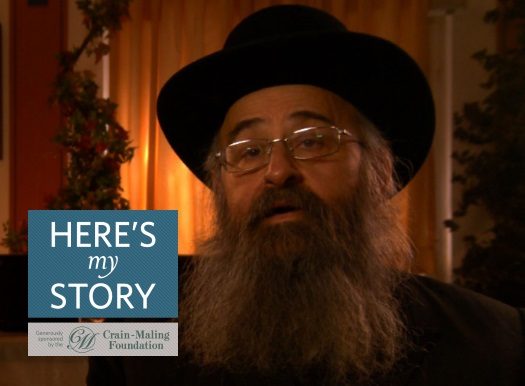 A former member of the Knesset, Rabbi Avraham Leizerson has served for the past 16 years as chairman of Chinuch Atzmai, Israel’s independent religious education system. He was interviewed by JEM’s My Encounter with the Rebbe project in his home in February of 2012.

In 1992, while serving as spokesman for the Russian immigrant absorption department of Agudath Israel, I came to New York for a convention. As I had done on previous trips, I had planned to go to Crown Heights in order to see the Lubavitcher Rebbe and ask for his blessing.

That day, before I visited the Rebbe, I went to the offices of Agudath Israel in Manhattan, and there I ran into a man who had known my father. My father had been a very pious man, a great chasid and a great Torah scholar. In fact, he taught the late Gerrer Rebbe. And this man expressed the opinion that I should follow in my father’s footsteps.

He said to me, “Why are you wasting your time with communal work? Your father was completely immersed in Torah study, and you should be, as well. Open aKollel, invite young married men to study together. If you do that, I will make a deal with you – I will fund your Kollel for several years.”

This man was very wealthy, and this was an astounding offer. I must admit that
he shook me up completely. He also triggered my Jewish guilt, and I began to think:
“Communal work isn’t easy; the public doesn’t really appreciate the work its servants do so selflessly…”

These thoughts swirled in my head, and it crossed my mind that this was no ordinary event – that maybe this was a sign from Heaven. A stranger appears, perhaps a messenger from Above, and delivers these words of rebuke which affect me to the core…

But I had no time to talk it out with him because I had to be in Crown Heights
for the Mincha prayer at 3:15, in order to get the blessing from the Rebbe. So I wrote down his phone number and took a cab to the Chabad Headquarters at 770 Eastern Parkway.

I arrived somewhat late – Mincha was already well underway – so I waited in the front hallway to see the Rebbe, as he returned to his study after the prayers, along with several others who were gathered there.

As the Rebbe walked into the corridor, his prayer book in hand, his secretary Rabbi Leibel Groner noticed me and said to the Rebbe, “This is Rabbi Leizerson from Jerusalem.”

The Rebbe nodded and said, “Yes, I know him.”

I said, “I’m returning home today, and I would like a blessing for the trip.” And he replied – as he did on previous occasions – “Have a safe trip. May you have great success.”

All the while, my mind was still racing with thoughts of the previous meeting. I could not shake free of my conversation with that man. I was thinking, “It might just be a good idea.”

After blessing me, the Rebbe continued toward his study with all eyes following him. He was already standing in the doorway when, suddenly, he turned around.

He walked back to me and, without any preamble, said, “There is an opinion in Jewish law that the one who involves himself with communal affairs with sincerity stands higher than the one who studies Torah. Have a safe trip, and may you have great success.”

He then turned back and went into his room.

His words left me in a state of shock.

I had not discussed anything that transpired earlier with him. I would have liked to discuss it with him, but it was impossible under the circumstances. Yet he had literally read my mind – he had read the very thoughts running through my head at that moment.

The entire trip back I replayed this exchange in my head again and again, until I reached Israel. And when I returned, I related what had happened to several leading rabbis who were not of the Chassidic camp, but of the Lithuanian yeshivah stream. Being immersed in the political world, I have personal connections with many leading rabbis of many different movements. I told them: “This is what happened to me. I heard it with my own ears and saw it with my eyes. The Rebbe read my mind!”