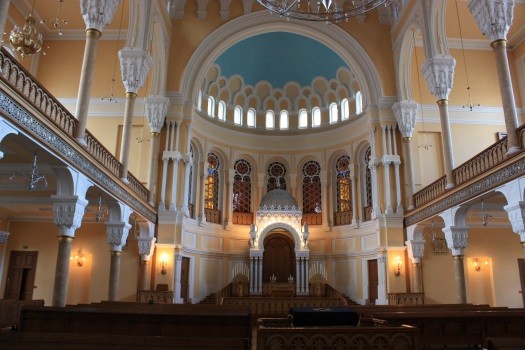 There was a Chossid who every day before Mincha would bang on the table and proclaim, “[One should have] Simcha, Emunah and bitachon” (happiness, faith and trust in Hashem).

The truth be said, one of the people in the shul was cynical of him and said to himself, “It is easy for Him to to say that. He, Boruch Hashem is the richest man in town, he doesn’t need to ask anyone for anything, so obviously he is happy.

Let see how happy he would be if misfortune befalls him. And how stromg would his emunah and bitachin be?

Sure enough, a few months later there was a thunderstorm and a bolt of lightening scored a direct hit on the rich man’s warehouse; his entire fortune was going up in smoke. While the cynic felt sorry for the loss, he was eager to pounce on him when he would miss making his daily statement of Simcha Emunah and Bitachon.

How shocked he was when a few moments before mincha, this Jew entered the shul and announced his three words: “Simcha Emunah and bitochan.” The cynic did not know what to do with himself. Here he is saying it as if nothing happened. So either he is a complete tzaddik, or he sadly to say lost his mind.

Coming over to him he said, I must apologize, although I wished you some misfortune, I never wanted you to lose everything. But please tell me how can you still say be joyous and have faith and trust in Hashem, while your fortune is going up in ashes in font of your eyes?

The Jew replied, “there is a halachah in Shulchan Aruch that certain prayers are to be said standing.  Not only is one not allowed to sit then, he is also forbidden to lean heavily on the table etc.

“But the fact is, we see many pious Jews leaning on their table while saying these prayers.

“The explanation given is, One is not allowed to lean heavily on the table. That means, he cannot support himself to the point that if the table for example was taken away, he would fall. That is forbidden. However, if his leaning is not to that extent, meaning that even if the table would suddenly disappear he would remain standing, that is not forbidden.

“The same is by me,” continued the wealthy person. “Boruch Hashem, this business supported me and my family extremely generously over the past years. Yes I leaned and relied on it. However, I never leaned to the extent that if it is taken away my Simcha, emunah and Bitachon also get lost. They remain as before.”