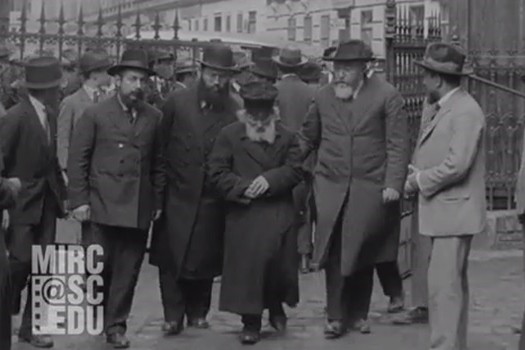 I heard the following story this week from Reb Menachem Loeffler of Loeffler’s Furniture.

In the mid 1800s, a young man passed away leaving a widow and an orphaned son, Yosef Kadish. A few years later the woman was introduced to a man who wanted to marry her, however, he had one condition; the young boy must be raised by someone else.

Initially the lady balked at the thought of giving up her son, however, supporting herself and the child was a daily almost impossibility, so she discussed it with the Rov of her town.

Hearing her dilemma , the Rov agonized at her predicament. after some thought he offered to personally raise the child. hearing this,the widow breathed a sigh of relief, she knew that her son will receive the necessary love and attention, in addition to receiving the best chinuch possible. so she agreed.

Years passed and the child developed into an extraordinary young man. he was refined in his conduct and brilliant in his Torah knowledge, a child that every parent takes pride in. When he became of marriageable age, his adoptive parents’ arranged a shidduch to a wonderful young lady from an outstanding family from Radin.

Some time before the wedding the chosson went to the Rov of the city, the renowned Chofetz Chaim and asked the following question.

Being that my father of blessed memory was a descendant of illustrious chassidim and the family were all chassidim, he wanted to know if his neshoma belonged to the ways of chassidim and in his own house that is how he is to conduct himself, or should he continue in the ways of his adoptive parents, whom he truly loves and appreciates all that they did for him.

The Chofetz Chaim asked him, do you feel uncomfortable following the customs that you are presently doing?
The young man replied absolutely not, it is wonderful!

The Chofetz Chaim than asked, are you feeling any pull in the heart to the ways of chassidim?

Once again the young man replied,”No.”

So why are you asking this question, inquired the Chofetz Chaim,

As I mentioned, I want to know to know iif my neshoma belongs with them? replied the young man.

The Chofetz Chaim replied, continue on your present path , which means continue conducting yourself in the ways of the followers of the Vilna Gon, however,there are four aspects that you should accept upon yourself and begin to implement them in your life.

1. From the day of your wedding you should also put on Rabbeinu Tams’tefillin.
2. Also from the day f your wedding,you should wear a gartell, while you daven.
3. You should begin going to the Mikva. you should even go on Shabbos kodesh and disregard the restrictions i write in the mishna berurah.
4. Every day of your life, you are to learn something from Likkutei Amarim Tanya .

Yosef Kadish did exactly as the Chofetz Chaim instructed him and continue doing so even after he moved and settled in the city of Yerushalayim.

One of his is grandson who now lives in Boro Park remarked: “My grandfather remained a follower of the customs of the Vilna Goan, however, all of his children became chassidim.”