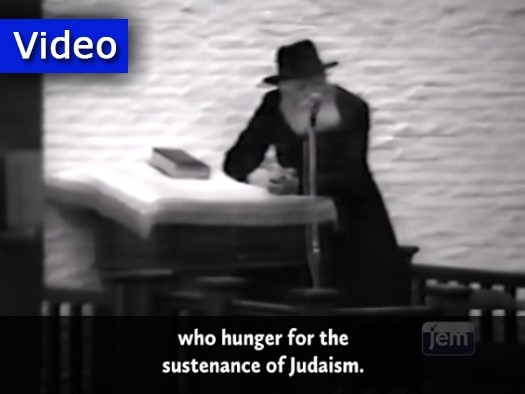 This week’s Living Torah video is of a sicha delivered to the boys and girls at a children’s rally. It’s amazing to witness the passion with which the Rebbe speaks to the children; while some would think of an address to young kids as an afterthought, the Rebbe clearly attached great importance to such events.

In our generation as well says the Rebbe, there is hunger. The hunger however, is not for grain but for Torah.

The lesson from Yosef, is that whatever Torah knowledge we had the fortune to acquire, must now be used to sustain others.