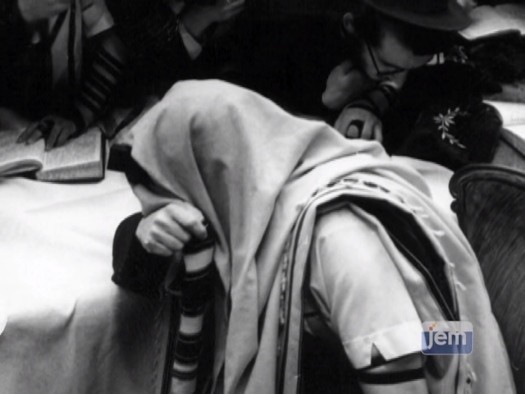 In commemoration of the Taanis today, JEM released a moving presentation from Asara B’Teves of 5725 (1965). Just a few short months after the passing of his mother, Rebbetzin Chana, the Rebbe was Davening by the Amud.

In this audio recording of Slichos, the Rebbe could be heard crying bitterly as the Chassidim stand close. The clip is narrated by Rabbi Shlomo Zarchi, who was a yeshiva student at the time.

On the 10th day of the month of Teves, 425 BCE, the armies of the Babylonian emperor Nebuchadnezzar laid siege to Yerushalayim. This day has been commemorated as a public fast day since.