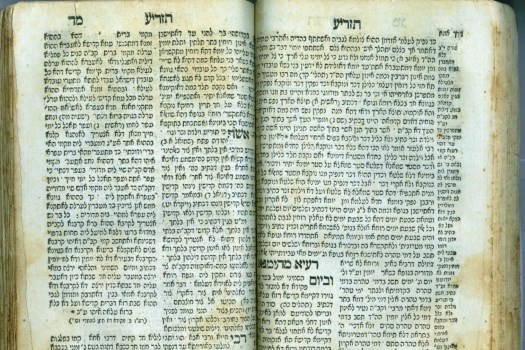 Through a story, I would like to address h a question that is frequently asked: “What is the difference between Chassidus and Kabbalah? Are they similar to each other, the former being merely an explanation of the latter? And if they are distinct, which one is greater?”

Reb Dovid decided to do whatever he could to stay awake. After all, the reason he had undertaken such a long journey was to hear and learn, not to sleep! He made sure to get a good night’s sleep, and to further guarantee that he would remain awake, he drank a stimulating type of beverage. He was now ready to listen and learn from the Baal Shem soon enough; the Baal Shem Tov began talking, explaining and elaborating on the kavanos of mikvah. Reb Dovid was delighted. He was able to hear the Baal Shem Tov speak, and he was even able to understand the teachings! But then the Baal Shem Tov said a certain statement, and Reb Dovid said to himself, “Did I just hear correctly? The Baal Shem Tov is arguing with the Arizal!”

As soon as the thought crossed his mind, he felt a drowsiness unlike he had ever felt before. As much as he tried to fight it off, it did not help, and he fell into a deep sleep. He dreamt that he was in Mesivta DeRakia, the Heavenly Academy, and he saw that everyone was rushing towards a certain Beis Hamidrash. “Where is everyone rushing He was told that the Baal Shem Tov was about to deliver a shiur. Hearing this, he joined the crowd and rushed along as well.

Reb Dovid entered the Beis Hamidrash and found himself a place up front. A moment later he heard the Baal Shem Tov beginning to speak. His excitement turned to shock as he realized that the Baal Shem Tov was repeating the very words he had just heard him say in the physical realm. He was explaining the thoughts and purpose of mikvah. Suddenly, a young man stood up and began questioning the Baal Shem Tov. Reb Dovid was taken aback. “Who is that person who has the chutzpah to argue with the Baal Shem “He is the heilike Arizal!” the man replied.

At that very moment, he heard one of the students say, “Rebbe, how does this explanation fit with the teachings of the Arizal?”

“We have with us Reb Dovid of Nikolayev,” the Baal Shem Tov replied. “Reb Dovid, Reb Dovid repeated the vision he had just experienced, and he became one of the Baal While one may find this story nice and beautiful, if that’s where it remains, then it’s just a story and nothing more. But in truth it’s more than just a story; if we probe a bit deeper, we will see that it is teaching us a great and important lesson. It is teaching us the essential difference between Kabbalah and Chassidus.

In other words, if there would be an argument between the Baal Shem Tov and Rabbi Shimon Bar Yochai himself (not just with the Arizal, who explained the teachings of Rabbi Shimon Bar Yochai), it would have the same results. He, too, would have agreed to the Baal Shem Tov’s decision, because Chassidus is the pnimiyus, and Kabbalah (when compared to Chassidus) is the chitzoniyus.