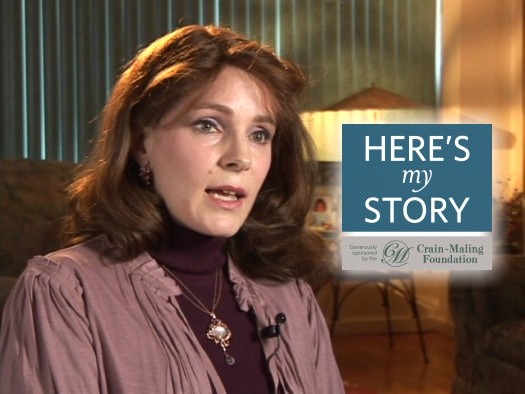 Mrs. Sarah Shemtov is the daughter of Dr. Robert (Moshe) Feldman, who cared for the Rebbe and the Rebbetzin until their passing. Mrs. Shemtov and her husband Rabbi Levi Shemtov have been shluchim in Riverdale, New York since 1992. She was interviewed for JEM’s My Encounter with the Rebbe project in January of 2008.

I grew up in Nashville, Tennessee, where my father attended medical school and where he later practiced general medicine. This is also where my family became connected to Chabad. We later moved to the Bronx.

In 1977, we all came to Crown Heights for the High Holidays, and this was when — on the holiday of Shemini Atzeret — the Rebbe suffered a heart attack. There was a great commotion in the Chabad synagogue at 770 Eastern Parkway, with people shouting to give the Rebbe some air, and my father — being a doctor — rushed over to help.

We ended up not seeing him for several days as he, and the other doctors in attendance, set up a mini-hospital and took care of the Rebbe.

A year later, when the Rebbe had somewhat recovered, my parents made a permanent move to Crown Heights. My father became one of the Rebbe’s doctor, and after a time, also one of the Rebbetzin’s doctor.

Because of their close relationship, when my sister, Rivky, was born in 1983, the Rebbetzin wanted to see her. My father brought me along as well, and that was the first time I met the Rebbetzin.

The Rebbetzin became very attached to Rivky and even asked — when Rivky started to talk — that she not call her “Rebbetzin” but Doda, meaning “Aunt.” Rivky looked forward to these weekly visits — which took place every Friday — and she used to bring story books for the Rebbetzin to read to her.

One Friday — this was in 1987 when I was nineteen — my father couldn’t take Rivky to the Rebbetzin, and he asked me to do it. I was to go along to look after Rivky, so that if she needed anything, she wouldn’t impose on the Rebbetzin; I would be there to take care of it.

That was the first visit where I had a chance to actually converse with the Rebbetzin. And, at the time, because I was just on the threshold of starting to date for marriage, I asked if it was okay to discuss that subject with her. She encouraged me to confide in her, and she gave me a lot of guidance, which really helped me focus on what was important — what I really needed to look for in a future husband, what really counted.

She also mentioned that groups of Chabad rabbinic students were stationed in various places around the world and that, among them, a suitable husband might be found. She said, “Maybe at this time, your future husband is stationed in…” and she mentioned several places including Morocco, which turned out to be where the man I married was actually stationed at that time. Whatever made her mention Morocco as one of the places?!

A year later, when I had met my groom and we were about to be engaged, I felt that, since I had spoken to the Rebbetzin when I was searching, I should also go to her now and tell her what had come of my search. I wanted her to hear from me first, not from anyone else, that I had found the right one.

I remember it was the tenth of Shvat, January 29, 1988 — which turned out to be just twelve days before the Rebbetzin’s untimely passing on the 22nd of Shvat. It was Friday, and my sister came with me as always, and also my father.

The Rebbetzin gave Rivky a candy, and Rivky said the blessing, put it in her mouth and then whispered to me that she wanted to know where to put the wrapper. The Rebbetzin saw her whispering to me and asked, “What does she need? What can I do for her?” So I explained, “She just wants to know what to do with the candy-wrapper…where the garbage can is.” The Rebbetzin indicated that the garbage can was in the kitchen, and then she complimented my sister on her good manners.

I then had a chance to tell the Rebbetzin about my impending engagement. Of course, I addressed her in the third person. I said: “I came to speak to the Rebbetzin when I was looking for a husband, and now, thank G-d, I have found somebody, and we are about to write to the Rebbe to ask for his blessing to become engaged. So I wanted to share that news with the Rebbetzin.”

“What is the name of the boy?” she asked.

“His name is Levi Yitzchak Shemtov.”

“Is that Bentzion Shemtov’s grandson?”

At that the Rebbetzin’s face lit up. “Now I’m very happy, because now I know you’ll speak to your children in Yiddish.”

I guess the reason why she said that was because my family is very American on both sides, and the Rebbetzin always conversed with me, my sister and my father in English. But Levi and his family spoke Yiddish, and the Rebbetzin understood that Yiddish would be a part of our lives. Apparently, this was something very important to her.

There is a sequel to this:

After we got married, we didn’t have children for many, many years. But as hard as that was to bear, we always knew that if the Rebbetzin said that we would speak Yiddish to our children, then children would come. There wouldn’t only be just one child, there would certainly be more than one, because she said children.

And, thank G-d, today we do speak Yiddish to our children.

Back then, in 1988, when we became officially engaged — on the Sunday after my visit to her — the Rebbetzin called. She wanted to shower us with blessings, and I wish that I had the presence of mind to remember everything that she said. What I do remember is the overall feeling — that a very loving grandmother wanted to wish us the absolute best.

I had hoped to bring Levi to meet the Rebbetzin, but that was not to be. Her health deteriorated, and she was rushed to the hospital.

My father was with her, of course, and the astounding, overwhelming thing to me is that, although the Rebbetzin was within hours of her soul leaving this world, she was not concerned about herself at all. She didn’t ask about the prognosis or the treatment. Instead, she kept asking my father, “How is the young couple? How are they doing? Are they happy? When is the wedding?”

After she passed away, and the shiva period ended, my father had occasion to be with the Rebbe, who also asked about my engagement. When he heard that we were scaling down the celebration, the Rebbe said, “Everything should take place as scheduled, and I hope it will not be smaller than originally planned. In fact, it should be bigger. It shouldn’t be at home, it should be in a rented hall. It should be very joyful, and with live music. You should do this because this is how the Rebbetzin would have wanted it.”