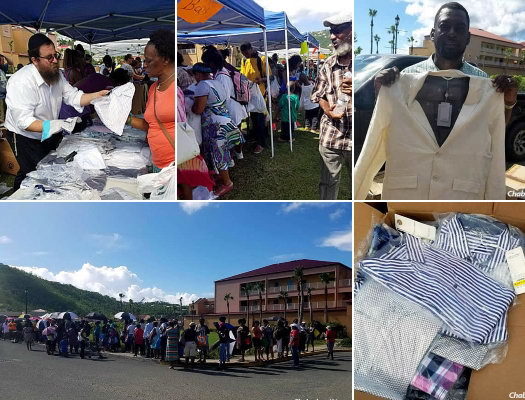 More than 1,000 residents of the Virgin Islands had the chance to get new clothing to replace some of what was lost as a result of multiple hurricanes this fall that destroyed homes and property. The drive was sponsored by the company Privé Revaux and organized by Chabad.

For those living in the still-ravaged U.S. Virgin Islands, life is far normal. Many homes remain damaged or even uninhabitable after two hurricanes, Irma and Maria, hit nearly back to back in September. The tourist industry, which accounts for much of the local economy, is fairly nonexistent right now. Only a fraction of residents have gotten electricity back; the more fortunate are using generators to get by.

In this backdrop, Rabbi Asher Federman, co-director of ChabadLubavitch of the Virgin Islands, was inspired to organize a massive clothing giveaway—not the first on the island, but the largest to date. And not just any giveaway, but one with brand-new clothing for men, women and children.

“The dignity of people is so important, and to have fresh clean clothes directly out of the package was something very special to the community,” he says. “We gave out 10,000 pieces, including shirts, pants, dresses, skirts, tops, blazers . . . everything in all sizes. It was absolutely incredible!”

More than 1,000 residents spent hours in line (with many cuing up long before the giveaway opened on Nov. 5) for their chance to get much-needed wardrobe items.

“I was shocked by the turnout,” says Federman, who runs the Chabad center with his wife, Henya. “Many on the island are talking about this distribution. Wherever I’ve gone this week, people have mentioned it.”

The clothing donation was sponsored by the sunglasses company Privé Revaux. Its founder, DavidSchottenstein, is friends with Federman’s brother, Ben, who made the connection when the rabbi noted the dire need for clothing on the island. The company’s other partners—U.S. actors Jamie Foxx, Hailee Steinfeld, Ashley Benson, Jeremy Piven and Dave Osokow—jumped on board to help when they heard the news.

“We are blessed to be in a company that’s only six months old, where we can really make a difference in the face of such a catastrophe,” says Schottenstein. “I know I speak on behalf of my partners when I say being able to help these hurricane victims has been the high point for us as partners.”

According to Federman, news of the clothing drive was spread through local radio programs, social media and word of mouth. In particular, the rabbi praised Virgin Islands politician Kevin Rodriguez and the social-services agency Family Resource Center with getting out the news.

On the day of the event, 40 volunteers were on hand to ease the process along. As Federman explains, “In order to keep the crowd moving and make sure everyone could have a turn, we had to allow groups of 30 people in at a time for five to 10 minutes. The volunteers were able to help them find what they needed quickly.”

He adds that “the line went on for four hours. People were overwhelmed and so grateful. Everybody was just so appreciative.”

One of those who came to pick up clothes for her family was Tamika Turnbull, who told the rabbi after the clothing drive: “I am so happy to have the opportunity to thank you in person. The clothes fit me and my children perfectly, and they are beautiful. We lost our roof during the first hurricane, and my entire wardrobe was ruined. The clothing you provided was a blessing from G‑d.”

Federman assures that Chabad and the local Jewish community remain in this for the long haul.

“The Lubavitcher Rebbe—Rabbi Menachem M. Schneerson, of righteous memory—taught us by example to be there for others unconditionally,” he says, adding that similar efforts will continue for at least the next six to eight months.

“This is our home, our island community and our neighbors,” states the rabbi. “Many of the hotels and resorts are not reopening until late 2018 and some not until 2019. Since tourism is a major industry here and many people are out of jobs, the need for aid will continue for the foreseeable future.”

Click here to support recovery efforts on the Virgin Islands. 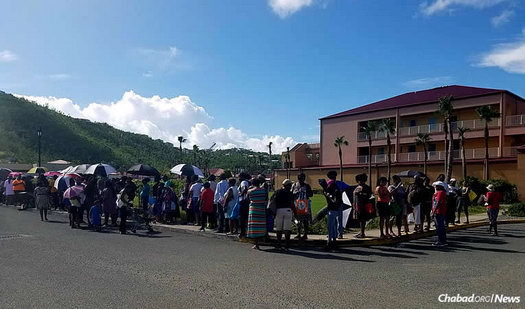 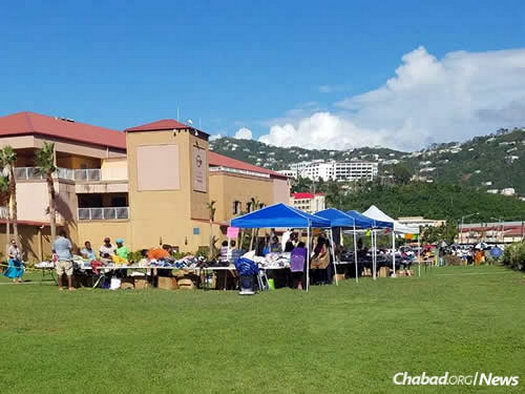 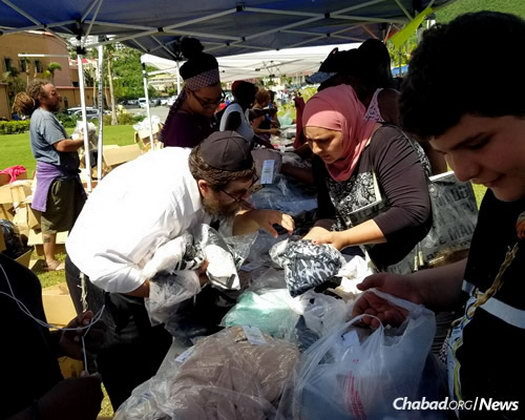 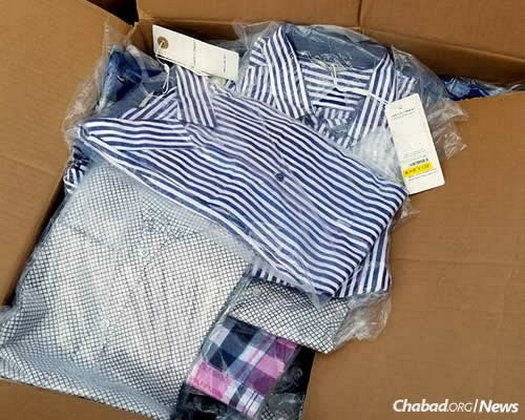 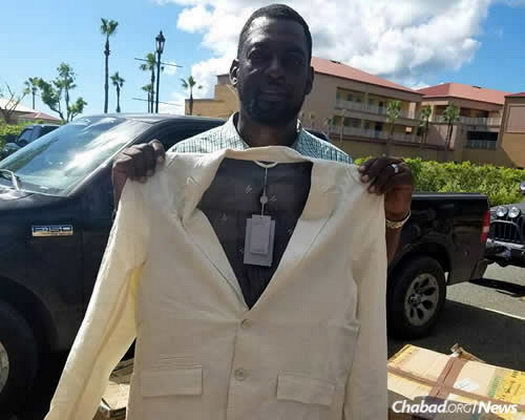