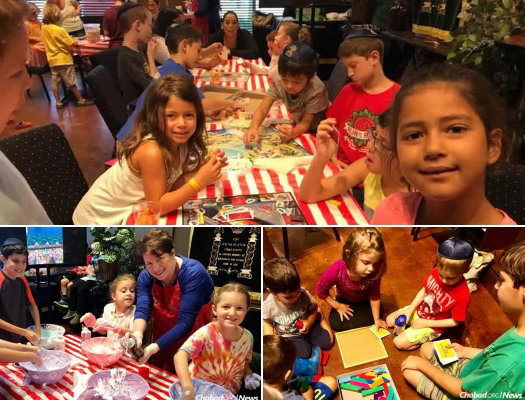 Wednesday was supposed to be the first day of Hebrew school at The Shul of Bellaire. Then Hurricane Harvey sent water flooding into the city of Houston, and schools all over the affected area were canceled.

Nevertheless, children, laughter and Jewish learning were still in evidence as the synagogue—under the direction of Rabbi Yossi and Esty Zaklikofsky, co-directors of The Shul of Bellaire—opened its doors for an afternoon of education and entertainment for about 30 storm-weary kids.

“There are so many overtaxed parents with young children who were trying to clean up their houses, so we thought this was a way to alleviate the stress of child care,” Esty Zaklikofsky tells Chabad.org.

For more than two hours, the group enjoyed working on Rosh Hashanah craft projects and playing games with a Jewish spin. All of the activities were led by volunteers, both teens and adults, who wanted to lend a hand.

“The volunteers really did everything,” notes Zaklikofsky, the mother of five children under 10. “They shopped and bought everything we needed, including new games and art supplies. They organized projects and read books to the children. They were really amazing.”

Equally amazing were the youngsters who took part in the program. Together, they gave money to tzedakah (charity) and davened (prayed).

Readers can donate here to the hurricane relief fund. 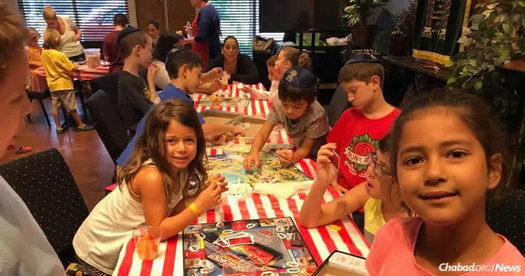 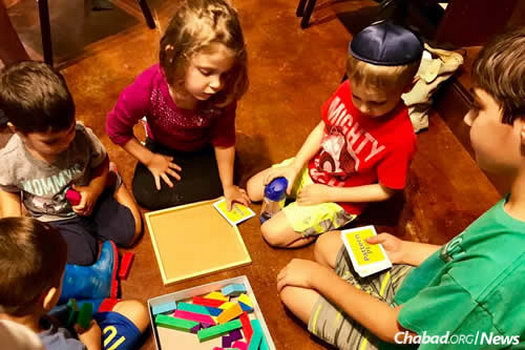 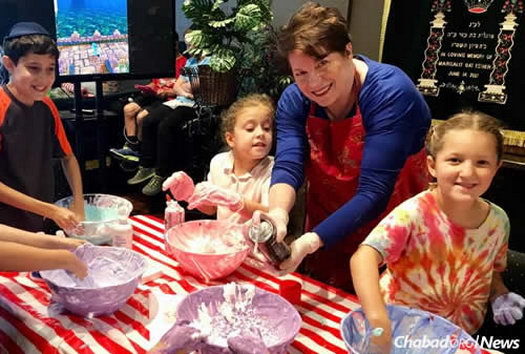