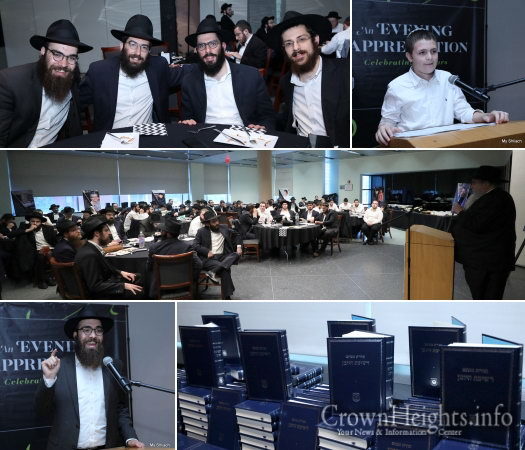 Representing the parents of yaldei hashluchim around the globe, Rabbi Yosef Wolvovsky, shliach to Glastonbury, Connecticut, addressed bochurim at MyShliach’s annual evening of appreciation on Monday, 25 Sivan. Volunteering their time each week to learn and farbreng one-on-one over the phone with a young shliach, these bochurim serve as mentors to these boys, who lack local Chassidishe friends and chavrusas.

Rabbi Wolvovsky described the impact his son’s chavrusa has on him and the way their learning affects the entire week. He shared that while learning Sunday’sHayom Yom—which discusses various means to achieve hiskashrus—with his son the day prior, he asked his son what step he would take to strengthen his hiskashrus. His son replied that he would learn sichos, since he has acquired a deep level of understanding of sichos with his MyShliach chavrusa.

Attending the event were 120 of the 230 bochurim who serve as mentors in the Ach Sheli program and leaders in MyShliach’s online farbrengens and classes, as well as volunteers who chaperoned any of MyShliach’s 49 regional shabbatons during the past two-and-a-half years.

A video presentation featuring yaldei hashluchim discussing their life growing up on shlichus and their appreciation to MyShliach’s bochurim was shown. Filmed at the recent regional shabbaton in Yorba Linda, California, the video offered the bochurim an inside look at how much their efforts mean to the yaldei hashluchim (see below).

Young shliach Yossi Lipskier of Manhattan represented yaldei hashluchim worldwide and thanked his chavrusa and all of the volunteers. He spoke about the challenges of growing up on shlichus in Manhattan and the support and encouragement he receives from his weekly MyShliach boost. “There’s no concept of Chassidishkeit around us,” Lipskier shared. “The yetzer hara is alive and well in Manhattan and has a lot of secret weapons. Everyone is trying to make money and be better than everyone else.”

Lipskier attends the Yeshiva Ketana of Manhattan. He shared that he views his shlichus as that of spreading Chassidus to his classmates, who are frum but not exposed to Chassidus. “Sometimes I repeat the sichos I learn with my MyShliach chavrusa to my classmates,” he said, explaining that it is his chavrusa, Mendel Perlstein from Chicago, who helps him understand sichos more deeply than ever before.

The program continued with remarks from bochur Mendel Winner of Brighton Beach, NY, who described what it means for his young chavrusa to receive a dose of Chassidishkeit once a week. “There is no hour that is more impactful,” he stated, encouraging his colleagues to put themselves in the shoes of their chavrusas and imagine where they are coming from and how they feel about the time spent together.

Rabbi Moshe Kotlarsky, vice-chairman of Merkos L’Inyonei Chinuch and the man behind MyShliach, addressed the bochurim at the end of the evening, thanking them for all of the effort they put into the program. Reminiscing of the tears that were shed by shluchim during his visits in years past due to the lack of chinuch for their children, Rabbi Kotlarsky pointed out that MyShliach provides a very real lifeline for shluchim nowadays and plays a crucial role in filling that need. Elaborating on the zechus the bochurim have in learning and connecting with a young shliach across the globe, Rabbi Kotlarsky reminded the bochurim to report this important news and subsequent progress to the Rebbe.

Reflecting on the evening, MyShliach’s program director Rabbi Mendy Shanowitz shares that “each of the bochurim are unsung heroes. The level of commitment they show to their young chavrusas and the amazing effects of the program are incredible.” He says that he finds it “particularly meaningful to see that so many of those who benefitted from this program just a few short years ago as yaldei hashluchim all over the world are now giving back, serving as mentors to the next generation of yaldei hashluchim.” Rabbi Shanowitz emphasizes his appreciation to MyShliach’s devoted Boys’ Division staff, Rabbis Zushi Rivkin, Mendel Weingarten, and Meir Shlomo Gordon, who work tirelessly to bring more and more resources and opportunities to the program to benefit yaldei hashuchim all over the world.”

“The event was as beautiful as it was inspirational,”  said one of the participants. “And everyone left with a feeling of inspiration and mutual appreciation–MyShliach for the dedication and energy of the bochurim that make the program what it is, and the bochurim for the amazing opportunity that MyShliach offers to volunteer and connect with Yaldei Hashluchim and really make a difference in their shlichus and their lives.”

For more information or to enroll a child visit myshliach.com. 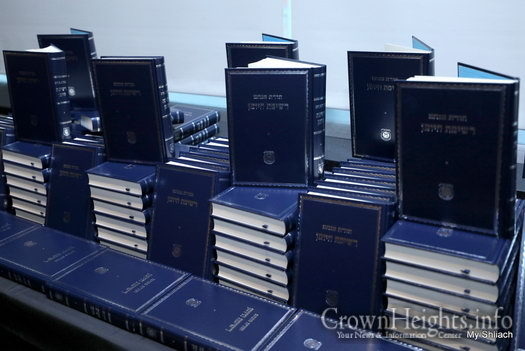 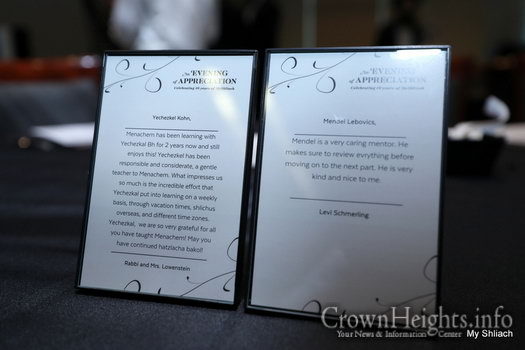 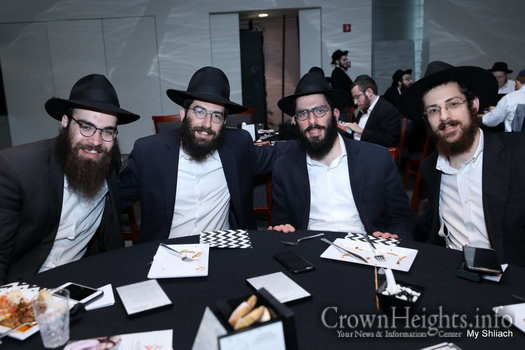 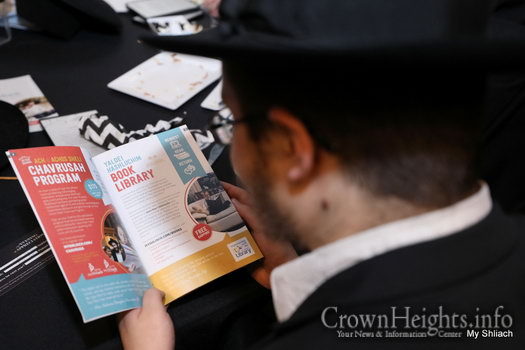 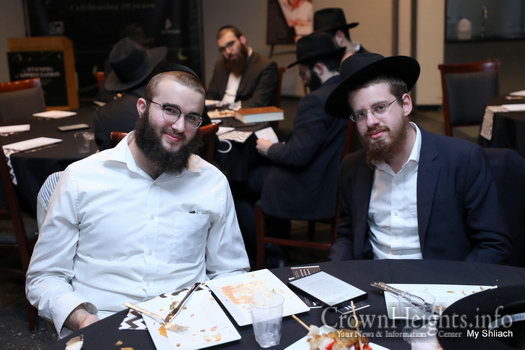 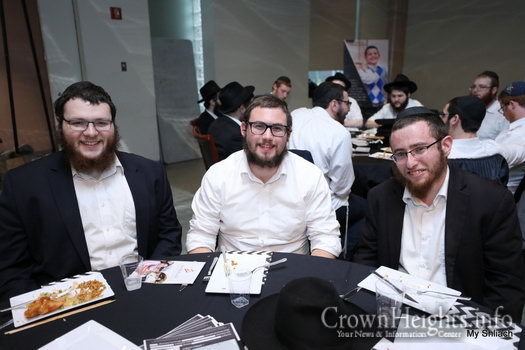 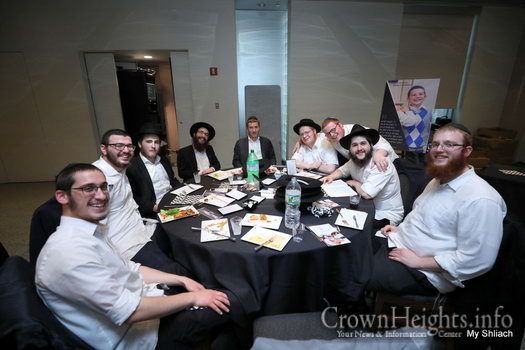 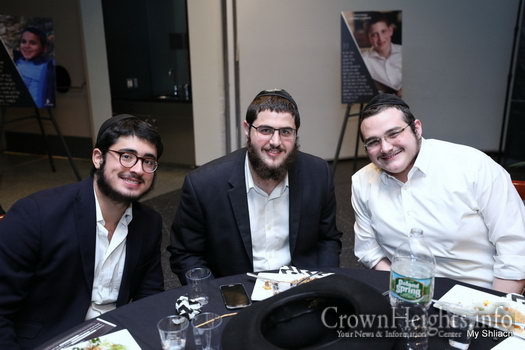 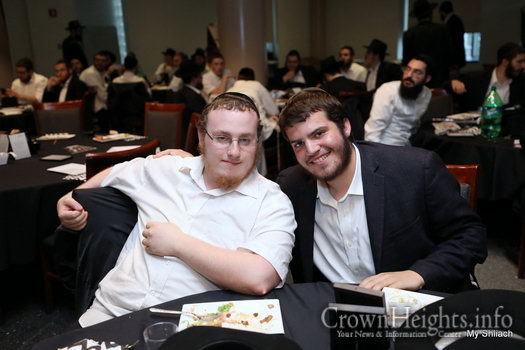 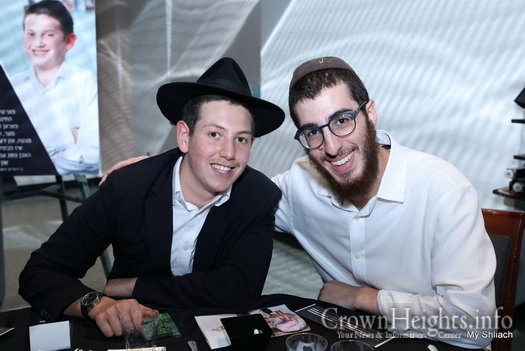 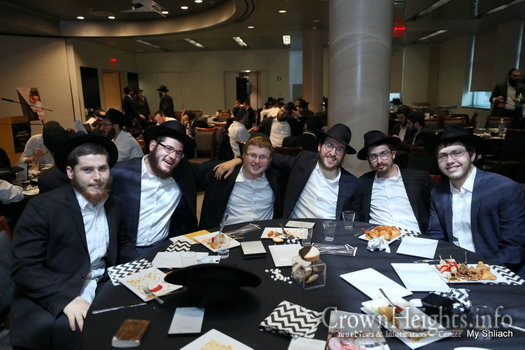 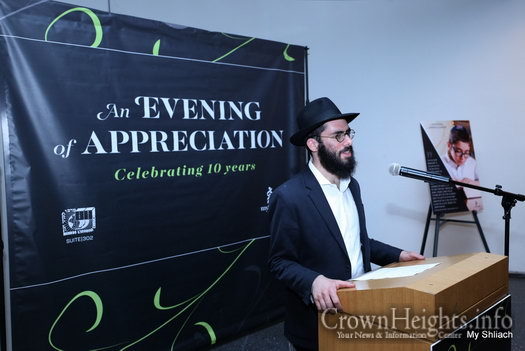 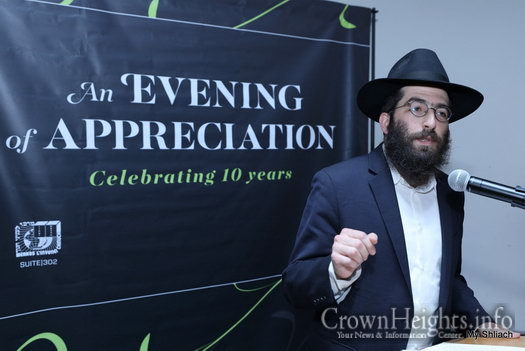 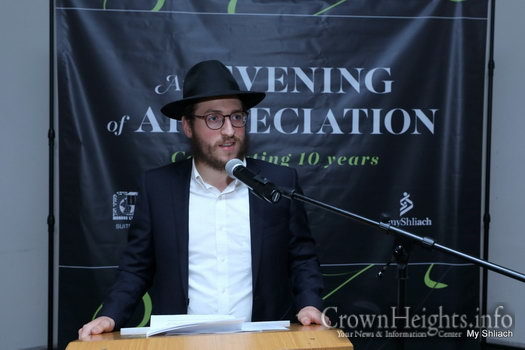 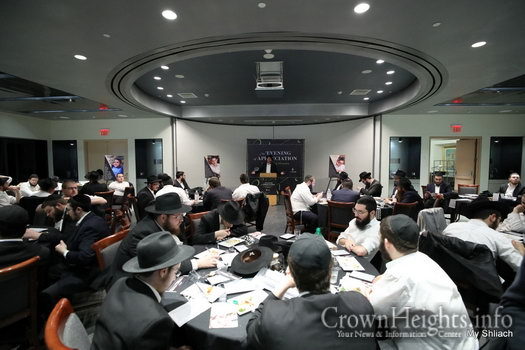 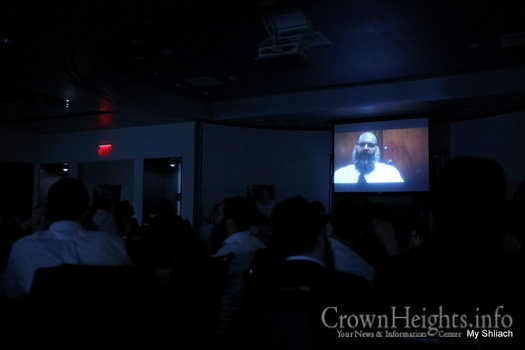 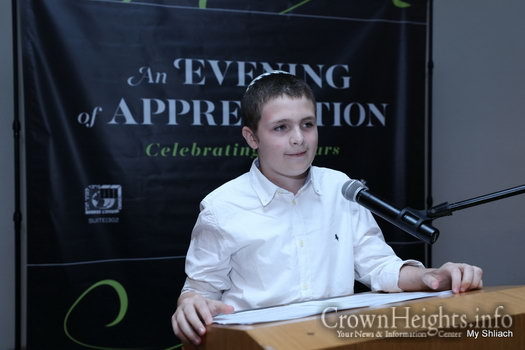 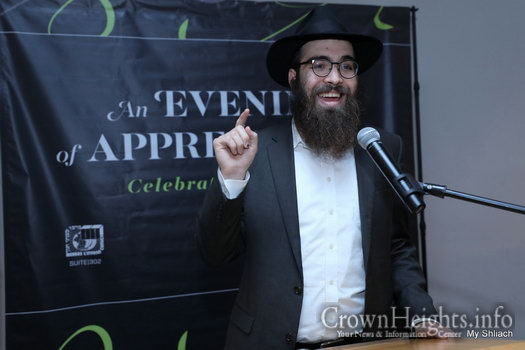 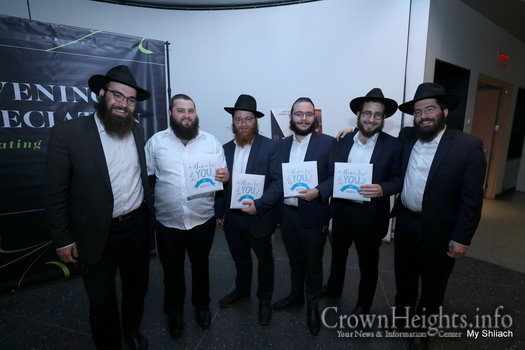 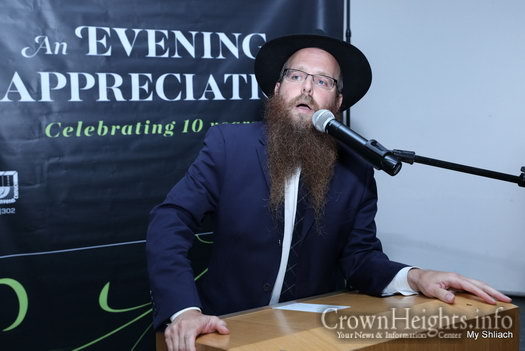 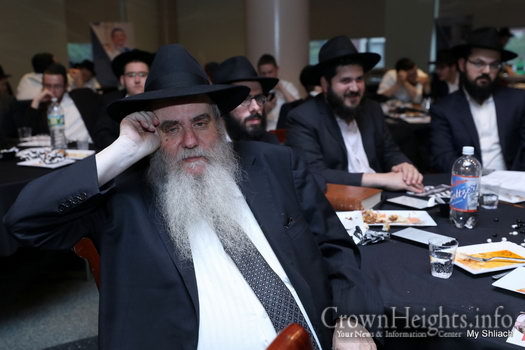 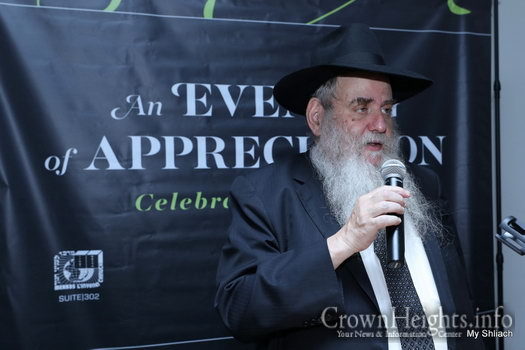 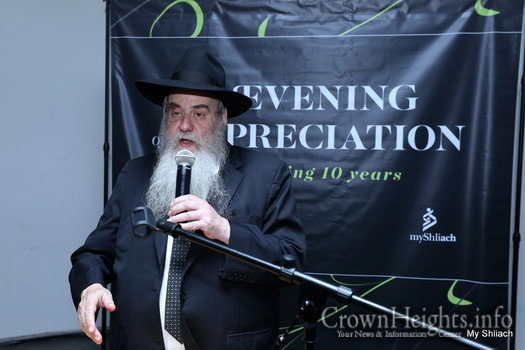 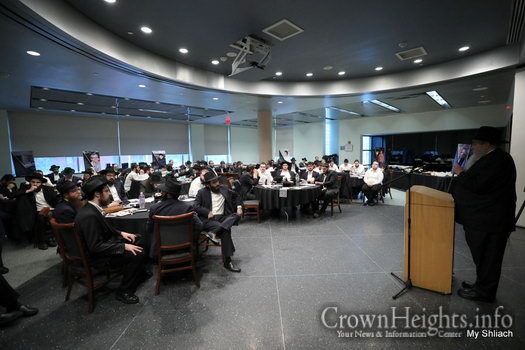 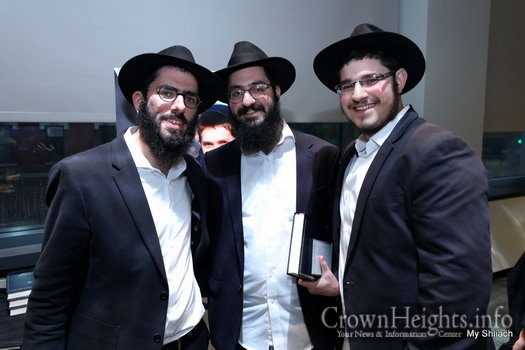 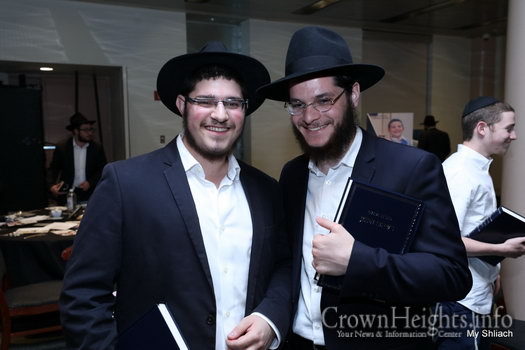