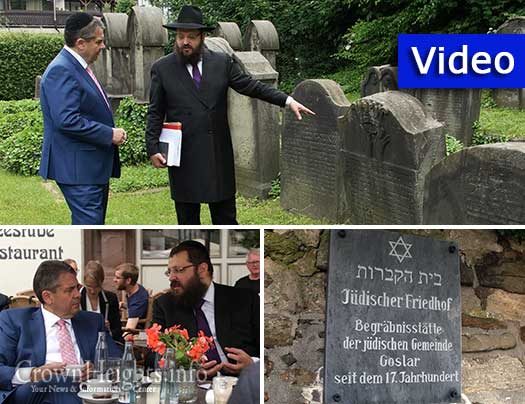 German Minister for Foreign Affairs Sigmar Gabriel led Rabbi Yehuda Teichtal, Rabbi of the Jewish community of Berlin and the local Chabad Shliach, on a special tour of his birthplace in Goslar, Germany last Friday. On the tour, the dignitaries visited several sites in the town of Jewish interest, most notably the ancient Jewish cemetery where they recited a chapter of Psalms.

Several weeks ago, Gabriel was introduced to Rabbi Teichtal at the International Conference for Religious Leaders on the topic of “Responsibility of Religions for Peace” sponsored by the German government. The minister determined then and there to invite the rabbi on this stirring tour of Goslar. The visit began with a riveting tour of the old Jewish cemetery that was built in the early seventeenth century. Rabbi Teichtal utilized the opportunity to share the fascinating history of Goslar’s Jewish community and describe Jewish ritual burial. In the cemetery, the two dignitaries recited Psalms Chapter 23 in Hebrew and German to elevate the souls of the deceased.

Departing the cemetery, Gabriel and Teichtal had a long discussion that revolved around the present and future of the Jewish community in Berlin and in Germany, as a whole. Rabbi Teichtal proudly described the expansion of Jewish life in Germany, its flourishing educational institutions, and about the impressive Jewish Campus that will soon be built in Berlin. Simultaneously, he expressed the growing anxiety that German Jewry is experiencing due to increasing radicalism in the country that stems from Syrian refugees, along with the serious concern that many newcomers will reject Germany’s tolerant values and, instead, import the extremist attitude of their homeland. The rabbi emphasized that the Jewish community feels that it is crucial for the government to invest heavily in order to ensure the cultural integration of the immigrants and require that they acknowledge Germany’s difficult past and the lessons that she has learned as a result. Minister Gabriel and the rabbi then discussed several potential policies that would facilitate this need and enable Jewish communities to continue to flourish and expand.

Following his discussion with Rabbi Teichtal, Gabriel posted on his Facebook page: “It’s clear to all that faith is a powerful motivating factor in all realms of life. It’s not uncommon for people to blame fanaticism and aggression, and even terror, on faith. Yet those who profess this fail to understand the true power of religion or its aspirations for peace. I believe in the great potential for peace among all nations.”

Rabbi Teichtal noted after the visit that, “I was glad to escort the Foreign Minister on a tour of his birthplace and discuss with him not only the past, but also a shared future together. Hard times have come upon Jewish communities in Europe due to the perilous security situation. Specifically now, there is significance in the fact that government officials are in frequent contact with the communities and have established an open, practical dialogue with them. We are all hopeful that, together, we shall grow past this crisis to rebuild a safe future for Jews throughout Europe. This hope is likewise expressed in the chapter of Psalms that I read together with the Minister, in which King David expresses, ‘Even if I walk in the shadow of the death, I shall not fear evil for You are with me. Your staff and your stick give me comfort.’”

Sigmar Gabriel’s family history is deeply intertwined with the tragic fate of Holocaust-era Jews. His father Walter was an active member of the Nazi party, remaining faithful to its ideology until his death some five years ago. The Foreign Minister divulged that he only learned the truth of his father’s murky past at the age of eighteen, which effectively opened a deep, irreparable chasm between them that was never resolved even after his father’s death. 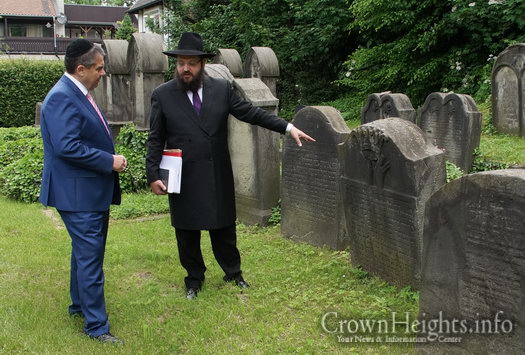 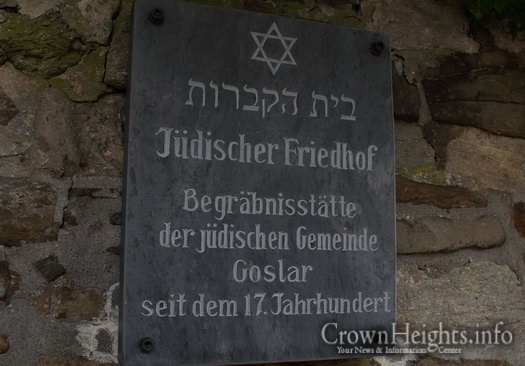 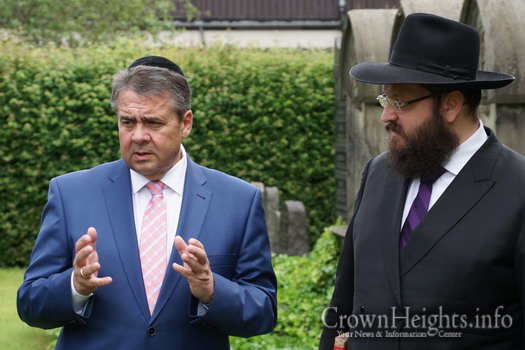 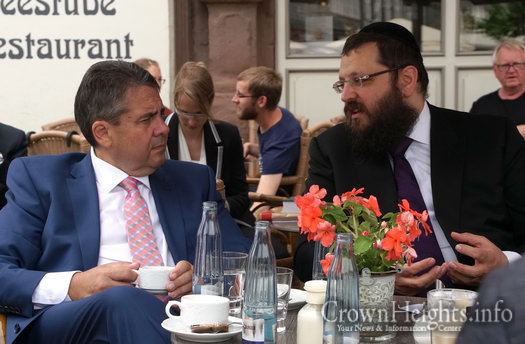