« Another Child Struck by a Car on Brooklyn Ave.
Florida Chabad Breaks Ground on $12M Building » 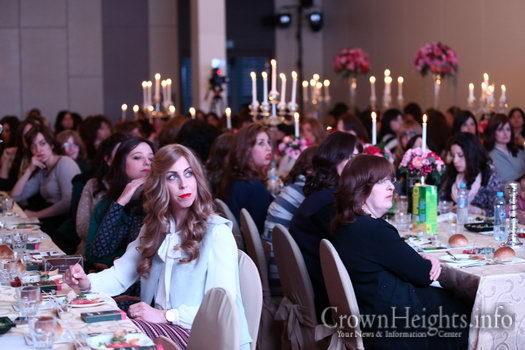 Rabbi Efrem Goldberg, a world-renowned lecturer who serves as the spiritual leader of the Boca Raton Synagogue, addressed a unique subject in his weekly column – how Chabad is revolutionizing the role of a Rebbetzin in Orthodox Judaism.

With 5,600 rabbis serving in over 90 countries one would have thought that Chabad had the entire United States covered, yet they only placed a rabbi in the 50th state last week. South Dakota may only be home to about 400 Jews, but that isn’t stopping Rabbi Mendel and Mussie Alperowitz from buying one-way tickets, opening a Chabad House in the wild west, and seeking to build a relationship with each and every one of their Jewish brothers and sisters in the entire state.

This past June marked 75 years since the Lubavitcher Rebbe zt”l, Rav Menachem M. Schneerson and his wife, Rebbetzin Chaya Mushka, came to America from war-torn Europe.  The Rebbe didn’t accept the mantle of leadership until 1950, but his vision and influence were felt immediately upon his arrival to these shores and they continue to be felt 22 years after his passing.

Avraham Avinu was arguably the most influential person who ever lived. Today he is claimed as the spiritual ancestor of two and a half billion Christians, one and a half billion Muslims and thirteen million Jews around the world, representing more than half the people alive today.  Lord Rabbi Jonathan Sacks points out that Avraham, in partnership with Sarah, achieved that influence and impact without ruling an empire, commanding a great army, performing any miracles, or proclaiming to have prophecy.  All they did was heed the call of Lech lecha to begin a Jewish journey, and to define for all time what it is to be a Jew.

Avraham and Sarah revolutionized the world without political power or force.  They did it by preaching faith and showing lovingkindness.  They are the supreme example in all of history of influence withoutpower.  It is hard to think of many Jewish leaders since Avraham who have left more fingerprints across the globe than the Rebbe.  By assembling a spiritual army and opening up Chabad houses and centers around the world, there is practically no destination left where Jews travel or which they won’t find a Shul, kosher food, a mikvah, and, importantly, a warm smile and an open heart.

When traveling recently, I found myself at a dinner marking the opening of a magnificent new Chabad building in an exotic location outside of the contiguous United States.  The event was attended by both financial supporters as well as those supported by that Chabad.  The participation and warm words from dignitaries and government representatives in attendance testified to the genuine relationships the Chabad rabbi and rebbetzin have established beyond the Jewish community.

As I sat there marveling at the accomplishments on display, it occurred to me that perhaps by preaching and inspiring a message of unapologetic faith in and dependence on the Almighty, unconditional love for all Jews, and unparalleled warmth and lovingkindness, the Rebbe was able to create a movement that transcends many of the controversies currently dividing the Jewish community.  The Rebbe certainly had his share of detractors when he was introducing some of his campaigns and placing great emphasis on Moshiach, but today Chabad has earned the admiration and respect of diverse segments of the Jewish people.

Consider the following two examples, which while based on my experiences and not statistically conclusive, I believe often go underappreciated.  The orthodox world has been rigorously debating women’s roles in Jewish communal leadership and whether women can formally serve as rabbis.  Meanwhile, though it has no stated progressive agenda or goals, Chabad has quietly revolutionized the role of women in leadership.  Chabad rebbetzins may not have the title of rabbi, but in most cases they are involved in, and empowered with, setting the vision of their community and executing the leadership necessary to make it a reality as much as their husbands are.  They design programming, lead meetings, teach, give support at lifecycle events, play very public roles and are often listed as co-directors, equal with their husbands.

At the opening I attended, it was the rebbetzin, not the rabbi, who served as the master of ceremonies.  The rabbi gave a wonderful dvar Torah and speech, but it was the rebbetzin who welcomed hundreds of people, offered expressions of gratitude to the list of dignitaries, gave her own dvar Torah, and charged the community with a vision of where they are going next.

The contemporary Chabad rebbetzin is functioning in a significantly different way than her predecessors and many of her peers in the orthodox world.  And yet, one doesn’t find people questioning her motives, her commitment to halachik norms, or her respect for rabbinic authority.  Her selflessness, mesirus nefesh and boundless love and devotion, with no other agenda regarding women’s roles, seem to insulate her from the usual suspicions and criticisms.

A second example: In world of tragic antagonism between the “right” and the “left,” both groups claim Chabad as a being more similar to them.  The “left” has an affinity for Chabad’s emphasis on loving all Jews, being non-judgmental, warm, and opening.  The “right” identifies with Chabad’s strict standards of modesty, stringent positions in halacha like cholov yisroel and pas yisroel and general Chassidic orientation.

The individual argued that his rabbi was more to the right because he wasn’t as open, tolerant, welcoming, friendly or warm as the Chabad rabbi.  I realized after that conversation that for many people, “right” and “left” are not a function of actual hashkafic differences or variances in halachikpractice, but a function of how open or closed they feel someone is to others, particularly those that are different from themselves.

With its culture of lovingkindness, acceptance and warmth, Chabad successfully transcends the typical labels and divisions that divide us and instead, the movement and its rabbis and rebbetzins find resonance and embrace in the diverse segments of the Jewish community.

There is so much to admire and appreciate about Chabad.  Minimally, every one of us should be incredibly grateful for the ability to go almost anywhere in the world on business, vacation, or to live and to have a Chabad house welcoming us and providing for our Jewish needs.  We should be in awe of the selflessness of people like Rabbi Mendel and Mussie Alperowitz who move to places with no Kosher food, no school for their children, often no mikvah, no eruv, and only a handful of other shomer Shabbos people.  It doesn’t deter them that there is no endowment, or consistent membership dues, and that if they are going to keep the lights on it is up to them to raise the funds to do so.

Most of all, I think we can learn from Chabad how to continue the journey that Avraham and Sarah began.  The combination of faith in the Almighty with lovingkindness to His children can radically influence and improve the world and can help us transcend the differences that too often get in the way of our greater mission.  Like Chabad, let’s not have agendas that alienate, divide and create controversy, but be focused exclusively on the agenda of helping Hashem find expression in this world and showering love and kindness on others.

« Another Child Struck by a Car on Brooklyn Ave.
Florida Chabad Breaks Ground on $12M Building »