« Picture of the Day: Teens Inspired by Survivor
Letter & Spirit: Is Shmitta Utilitarian? » 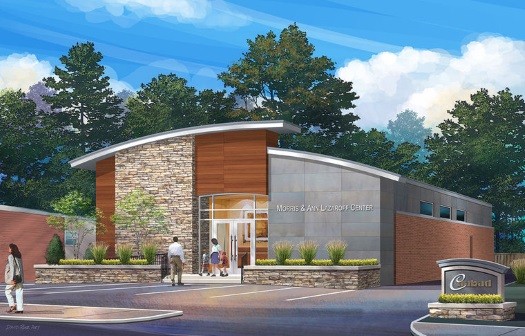 Chabad of Greater St. Louis, has taken another step towards completing a major facelift for its Delmar Boulevard facility, with construction now set to get underway.

From the St. Louis Jewish Light:

“We just, as of last week, got our building permits from University City,” said Gary Lazaroff, who, along with brother Neil, is helping to spearhead the campaign for the building, which is named in honor of their parents Morris and Ann.

The institution unveiled its plans for the revamp at the beginning of 2013 and has now completed 80 percent of fundraising for the building, which will include new kitchen facilities, the creation of a meeting room and new lighting and projection equipment among a variety of other upgrades. The outside will be redone as well to give the structure a fresh look with a new façade, windows and landscaping.

A central wall is also being removed to allow for the installation of removable soundproof partitions. This will increase the building’s flexibility for events of different sizes.

Plans have grown somewhat since the idea’s inception, thanks in part to an expanding budget. The original $750,000 blueprint has increased to $1.3 million due to the support of donors, including a substantial gift from philanthropist Michael Staenberg. He has also given significant creative input to the project, according to Chabad’s leadership.

“It will also go to cover the cost of furnishings and a maintenance fund,” he said. “It will leave the building at the end of this fundraising campaign unencumbered by any debt.”

Though the footprint of the nearly 4,000-square-foot facility will remain the same, some of the changes in the plans will augment the amount of usable space.

“What happened was that because of us thinking big and the encouragement of Michael Staenberg, we found more room,” said Landa. “We figured out how to make this building more versatile and more functional.”

« Picture of the Day: Teens Inspired by Survivor
Letter & Spirit: Is Shmitta Utilitarian? »