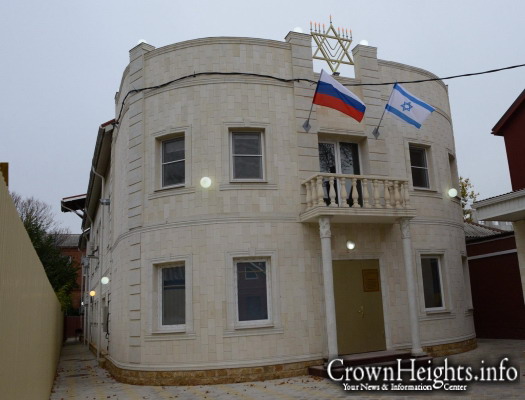 Together with hundreds of community members and distinguished guests, Chief Rabbi of Russia Berel Lazar participated this Sunday in the historical opening ceremony of the new Jewish community center in Krasnodar, Russia.

The new center generously donated by the president of the FJC, Mr. Lev Leviev, contains in addition to a beautiful Synagogue, a gala Hall, a library, a kosher Cafe, a Mikvah and a children and youth educational center.

Addressing the gathering, Rabbi Lazar expressed his belief that the completion of the construction of the JCC will become a turning point in the development of the Jewish community of Krasnodar and that the new Synagogue – as a house of prayer – will bring additional blessing to the entire city.

The opening ceremony combined an additional celebration: the welcoming of a new Torah scroll donated by Nathan Muhailov, a gala concert and prestigious banquet.