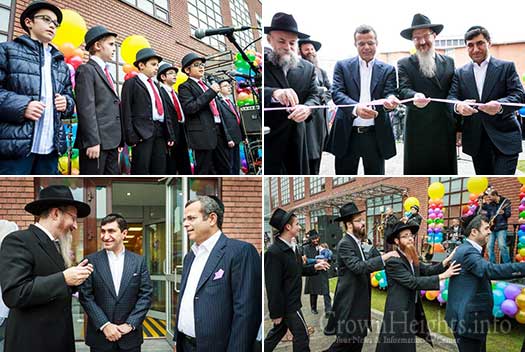 In attendance at the event was the Russia’s Head Shliach and Chief Rabbi, Rabbi Berel Lazar, who founded the Yeshiva named “Cheder Menachem” in honor of the Lubavitcher Rebbe 15 years ago.

Since its founding, the Yeshiva’s team of dedicated educators have taught hundreds of students, producing a generation of proud Jews.

Due to the demand for space as the number of students increases each year, a new building was built with the support of philanthropist billionaire Gad Nisanov and the assistance of Rabbi Alexander Boroda, President of the Federation of Jewish Communities of Russia.

“It’s exciting to see how in what was formerly Communist Russia, which persecuted the Jews so that they were forced to study underground for so long, the sound of Torah learning and Chassidus is heard aloud, and G-d’s name is sanctified before all,” remarked a participant.