« Picture of the Day: Can You Find Your Hat?
Schottenstein Families Throw Support Behind Kol Menachem Tehillim » 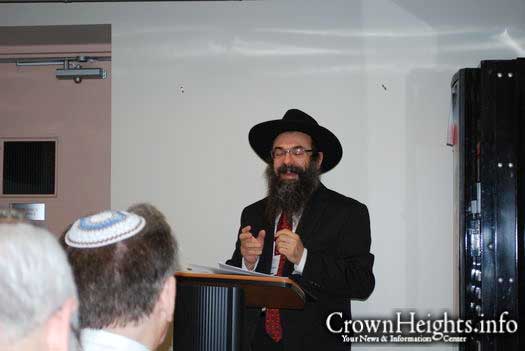 At age 79, Patti Anouchi has a new career: mentor to soon-to-be released Jewish inmates. Actually, Anouchi is a volunteer, but she’s taking this work as seriously as she did her former career as counselor to domestic violence victims.

Anouchi is part of a new program developed by the Aleph Institute to pair mentors with Jewish inmates at the Allegheny County Jail who are about to be released.

The program, which was formally set up last October, is just now going into effect. Seven volunteers have been trained for a Jewish inmate population of 12. However, that number frequently changes.

The initial problem, according to Rabbi Moishe Mayir Vogel, executive director of the North East Region of Aleph, is that all but one of the Jewish inmates at ACJ, as of this writing, are men, while five of the seven mentors are women.

Aleph Institute is a national organization that provides religious and humanitarian resources for Jews incarcerated in county, state and federal penitentiaries, and their families.

The mentor program is a response to Act 122-SB-100, which Gov. Tom Corbett signed into law last December. The new law, along with other things, permits inmates to be released close to their homes.

Vogel sees that change as an opportunity to help Jewish inmates transitioning out of the prison system, hence the mentoring program.

“That’s so much wiser, and statistics show it’s so much more effective,” Vogel, who has spent 23 years in corrections work, said of the change in law.

Inmates can lean on their mentors. “So before they fall, before they turn to their old friends, there’s someone who can help them.

“They’re listening to their mentors, they’re offering sound advice, sound support of what they should be doing,” Vogel said. “They can’t be doctors overnight, but they can get jobs in certain areas.”

According to Anouchi, Vogel approached her about volunteering following a recent conversation the two had. At some point she mentioned her 27 years as a counselor at the Women’s Center and Shelter of Greater Pittsburgh.

“He said, ‘Oy vey, do we need you!’ ” Anouchi recalled. “Somehow that resonated with me. At that time I thought, ‘OK, I’m OK with doing this kind of work.’ ”

A University of Pittsburgh graduate with a master’s degree in special education and rehabilitation, Anouchi has extensive experience working with people in need. She previously interned in the Alcoholic Clinic at St. Francis Hospital and at the Turtle Creek Mental Health/Mental Retardation Clinic before taking up her work at the women’s shelter.

Though most of her experience is with group counseling, she has worked individually as well.

“You play it by ear basically,” Anouchi said. “You see where the woman is, what she needs to tell you. First, you have to gain her trust, and then she can talk to you about what happened to her, why she’s there, and what can be done.”

Upon an inmate’s release, he or she will be asked to come to the Aleph Center for further counseling.

“Maybe she will need further education or training [to find a job]” Anouchi said. “It’s difficult for someone who has been in the criminal justice system to get a job for obvious reasons … so I think part of the [counseling process], for both of us, will be to seek out those opportunities. You can’t just walk into a store and get a job. It’s not going to work.”

More important, perhaps, than the job search, Anouchi will be her charge’s “safety net,” when her transition back into society gets rough.

“I’m going into this with a blank page,” she added. “I will not try to go in with a judgmental attitude. You have to give a person an opportunity to turn their lives around.”

« Picture of the Day: Can You Find Your Hat?
Schottenstein Families Throw Support Behind Kol Menachem Tehillim »