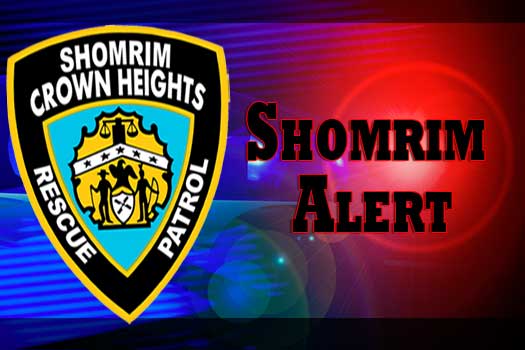 Following an unprecedented week of violence in Crown Heights, Shomrim of Crown Heights has put out a Security Safety Alert for the members of the community.

For the past week, there have been an increase in assaults against Jewish residents in our community. Stay Alert!