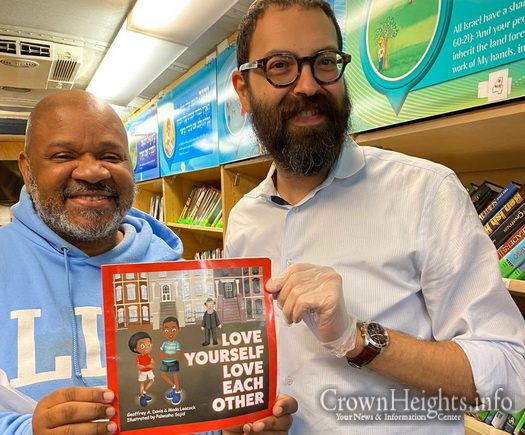 Geoffrey Davis lived in Crown Heights in his youth and has a story of the Rebbe to tell that touched him until this very day. So inspired, he wrote a comic book about the incident, which ultimately became an animated video on YouTube with over one Million hits. Davis made a stop on to visit Rabbi Naftali Sirota who drives the Crown Heights’s Jewish Library Bus, and donated a copy of his book to the library.