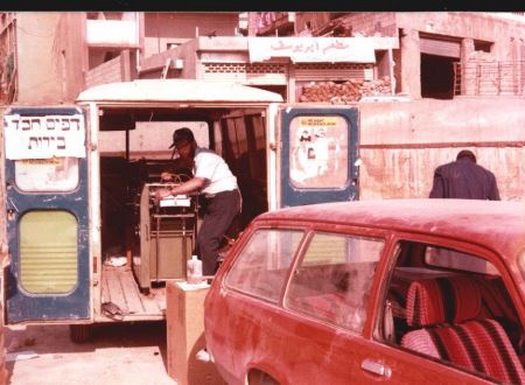 A rare picture of a Lubavitcher printing the Tanya in the city of Beirut, during the Southern Lebanon War was posted by@menachem04 on Twitter. The printing was carried out by instruction of the Lubavitcher Rebbe, in three Lebanese cities that were formerly populated by thriving Jewish communities, and which at the time were under IDF control.