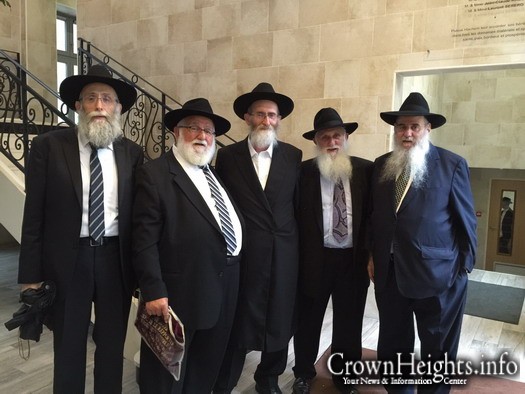 Picture of the Day: Crown Heights Delegation to Brunoy

Rabbi Moshe Kotlarsky, along with his brother-in-law and the latter’s brother, paid a visit to the Lubavitch Yeshiva in Brunoy, France, where they were greeted by its Hanholo – Rabbi Itche Nemenov and Rabbi Mendel Gurevitch.

It was Rabbi Kotlarsky’s first sight of the newly renovated Yeshiva building, a project that was financed by philanthropist Gennady Bogolubov.

Accompanying Rabbi Kotlarsky on his trip was his brother-in-law Rabbi Chaim Dovid Lain, as well as the latter’s brother Rabbi Bentzion Raskin.