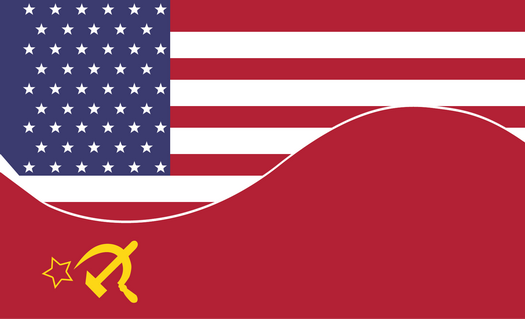 What did the Rebbe mean when he wrote in 1981: “But the forces of alienation are nevertheless very strong and very active.”?

Chabadnikim are all too familiar with the horrors of KGB activities in Russia. What we were not conscientiously focusing on was the quieter, but equally lethal actions of the KGB, in America. As the Rebbe said, “forces of alienation”. Bezmenov says that most people think of espionage acts – such as spies gathering information, or Hollywood style cloak and dagger operations – when they think of the KGB. But he reveals that espionage was only 15% of what the KGB was doing. The main threat of the KGB was Subversion.

There are stories of previous generations of Chabadnikim being forced to go to public school, including on Shabbos. That was part of the indoctrination process, an essential tool to take religion away from the population. Communism, Socialism, Big Government, whatever the variation of the Marxist theme, cannot survive where there is faith in G-d, and strength in family and community. Marxism needs compliance and submission. Having a higher calling, or a family/community loyalty breeds a value system independent of government.

Bezmenov breaks down the system of Subversion into four stages: Demoralization, Destabilization, Crisis and Normalization. America is now well into being demoralized and destabilized, is in crisis and about to accept an abnormal normalization. I will give a brief explanation of these stages, while admitting that my explanations are not worthy of the expanse of these concepts.

Demoralization begins in school where students are taught that America has an evil history. Curriculums exaggerate our national historical faults, while our amazing goodness is being ignored or denied. So students see their past as horrible. And then they are taught that they have no future because of climate crisis and potential student debt. G-d has been taken out of the schools so there is no spiritual and emotional support. The result, demoralization.

Destabilization follows, as citizens grasp at anything to help them survive their feeling of hopelessness. Promises of a $2,000 check can sway a vote, when opening of businesses is the much more stabilizing choice. Parenting aged individuals, men and women, are afraid of the responsibility of raising a family. Their cool, ‘woke’, celebrity role models exhibit that it is cool not to have a family. After generations of small families, most people nowadays are not familiar with the dynamics of families with four or more children. Something that should be normal, is a foreign idea. Not just an idea from a foreign country, more like from a foreign planet.

Crisis is evident in confusion. We used to know who was a girl, even if we called her a tomboy, we knew she was a girl. We also knew that Dr. Seuss was not a racist when he drew adorable characters in his books. It is a crisis when someone can face an enormous fine, or jail time, for uttering a mistaken pronoun. Especially when it happens in the land of free speech.

Normalization. We are getting accustomed to obeying people in uniform. Starting at the airports where we submit to irrational demands because we do not want to miss our plane. And we will stand silently while another passenger is mistreated. I find that frightening. Everyone sits quietly while an innocent person or a family are forced off a plane because of improper mask wearing. That’s normal? Maybe not. But it is normalization.

Members of Antifa were demoralized, turned to destabilization and are causing crisis. Political leaders claim it is more important for Antifa to riot without masks and social distancing, than for them to social distance. Meanwhile, others are ordered to stay six feet away from each other to avoid killing each other. And this distinction between rioters and law abiding citizens is normalized because scientists approve the distinction.

The Rebbe protected us, and urged us to protect others from Subversion. Here are a few examples:

The Rebbe wanted as many Jewish children as possible to be in Jewish schools. We now know that in addition to children learning about Judaism in Jewish schools, they are also being protected from indoctrination.

The Rebbe promoted having a Moment of Silence in all schools. We are accustomed to Davening. Even Modeh Ani, or a Brocha on food. It is hard for us to realize what a day is like, without even a moment of interfacing with a higher dimension.

The Rebbe was not in favor of people going to college, except for certain fields and certain individuals. Years later we know the way Marxism flows through the college environment, with very few professors approving conservative values. The Rebbe rescued innocent souls by sending Shluchim to college campuses. To me that’s like sending soldiers behind enemy lines. The Rebbe did it with confidence and his Shluchim proved to be worthy. But really, sending Shluchim to any location barren of Jewish life, is behind enemy lines, not just college campuses.

The Rebbe encouraged raising children. Giving your children siblings. And teaching them their rich heritage.

The Rebbe taught us to appreciate the goodness in the USA. Focusing on the generosity of Americans and the value of Freedom.

The Rebbe knew that television was not healthy. I remember people rationalizing having a television by saying they only watch the news. Now we know that is equivalent to saying, I only tune in for my daily indoctrination.

I watched an hour long lecture by Bezmenov. It was fascinating. I am glad he had a good sense of humor to occasionally break up the bleak picture he was revealing. Especially bleak, when you realize the presentation was in the 1980’s.

And then he had a surprise ending. He explained the way to effectively oppose Subversion. I quote: “Material values are good, but it’s not the prime function of human beings… The design for our life is not to consume more deodorant. [He said this with a smirk and the audience laughed.] There must be something greater. If such a complicated instrument as the human body was created, obviously there must be some higher purpose.”

My opening quote from the Rebbe, about ‘forces of alienation’ was from a letter published in Chayenu, Parshas Tetzaveh/Purim, Adar 9-16, 5781. The letter is dated, Erev Purim 5741 [March 19,1981] and is addressed, To All Participants of the New Synagogue “The Persian Jewish Center of Brooklyn”.

The Rebbe did not mention ‘forces of alienation’ without laying out a plan of action to repel them. The letter continues: “We must therefore do all we can to ensure that all our Jewish children will be able to resist the influences of the environment, and will always remain devoted and dedicated to the Jewish way of Torah and Mitzvos… And through redoubled efforts to provide Torah-true education for all Jewish children and to spread and strengthen Yiddishkeit in general, we are assured of ‘Light, joy, gladness, and honor’ in the fullest sense of these terms, and of speeding the true and complete Geulah through Moshiach Tzidkeinu very soon indeed.”