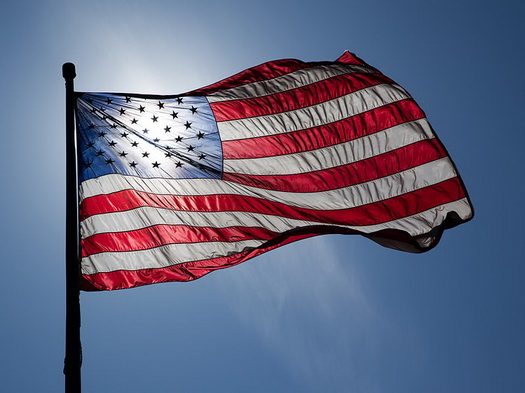 Before the Revolutionary War of 1775, a group of dissidents in the colonies of the Americas found a rallying call against the rule of England, saying “No Taxation Without Representation.” That motto stuck out through the war and became a cornerstone of the United States of America. In the United States, we each are represented in the halls of Congress and Senate. Our representatives are supposed to listen to our thoughts and interests, bringing them to the seat of power and giving us a voice in all decisions made.

In the last few months, we have felt the rollercoaster as the country’s two massive political parties, made up of those we entrusted to be our voice, flipped rolls and battled to convince the citizens of the United States of what is best for them. In the process of this colossal travesty, they destroyed the people’s confidence in the truth and government, along with everything we believe in as a democracy.

Do the elected officials actually represent us, or were they placed there in a massive string of fraud and deceit? Is Trump a genius or a madman? Each side attempted to paint a picture of the world from a different angle and make the people believe them through biased reporting and character arguments.

The fight has ripped apart the people’s confidence in the government, forcing them to look for answers in the oldest and most secure source of information, that of personal interactions. First hand accounts and raw video footage answered the peoples questions and gave clarity, in the process outing the flaws and biases of the “mainstream media.” For the freedom of speech and transparency, it appeared that social media would be an unbeatable force able to give people the confidence that they were being told the truth. It finally gave the people back the feeling that they were making an informed and correct decision.

Perhaps the most striking comment came on Twitter from Nasser H. Al-Shaikh, the Director-General of the Dubai Department of Finance and one of the most influential public figures in Dubai and the wider Middle East region. On Twitter Nasser retweeted Trumps suspended account and wrote “No matter what we make of him, a sitting President who won 74,222,958 American votes (46.8% of the votes cast) & is entrusted with the #US nuclear codes is deemed by a corporate too dangerous to express his views in a @Twitter account! Long live the land of the free.”

Nasser’s point brings out the crossroads we stand at. Although it may be legal for these social media platforms to ban who they wish from using their service, will we the people allow a cooperate entity to decide who may speak or what may be spoken about? Will we allow them to decide what is considered “inciting violence”?

With the expected inaction of a government already suspected by many to be the source of the recent decisions, the attempt to shut down the President can only have two possible endings, either badly for the platforms, or badly for the people of the United States.

Should the people of the United States do or say nothing, they are accepting that their views and voices will be censored, a precedent that undermines the entire basis of our great country and leaves the country voiceless.

Should the people make their voices heard by abandoning these censoring platforms, it will end badly for the platforms and overreaching oligarchs, forcing them to come to terms with a monumentally bad decision and the requirement for the freedom of speech and expression of ALL views in the United States.

It is in the hands of the people of the United States to make their voices heard through action or inaction, one as strong a statement as the other.

“If freedom of speech is taken away, then dumb and silent we may be led, like sheep to the slaughter.”
― George Washington

“Once a government is committed to the principle of silencing the voice of opposition, it has only one way to go, and that is down the path of increasingly repressive measures, until it becomes a source of terror to all its citizens and creates a country where everyone lives in fear.”

[Special Message to the Congress on the Internal Security of the United States, August 8, 1950]”
― Harry S. Truman

“Everyone has the right to freedom of opinion and expression; this right includes freedom to hold opinions without interference and to seek, receive and impart information and ideas through any media and regardless of frontiers.”
― United Nations, Universal Declaration of Human Rights