Today we Count 26 Days to the Omer 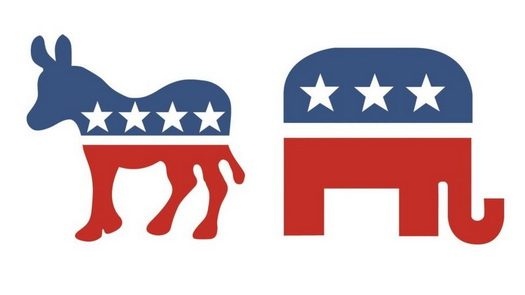 The purpose of this Op-Ed is to empower the Jewish community with election results, enrollment data and strategy. I have compiled a chart (see below) with voting data taken from the NYS and NYC Board of Elections. The chart and analysis will show that Crown Heights Jews who register as Republicans and vote for a Republican candidate, are voting for a candidate who will have no mathematical chance of winning a local general election, based on party enrollment data, margin of victory of votes in general election and total number of votes necessary to win general election. (Also included is data on those registered as Conservatives or Independence voters which shows the same futility.)

Even if registered Republicans were joined by registered Conservatives, Independence Party Voters, and 94% of Unregistered voters, they still would not have enough votes to surpass the total amount of winning votes of the Democratic candidate in each local general election. (See Col 1 + Col 2 + Col 3 + Col 4 + Col 5 > Col 9 Chart)

Elections are like a war of interests. If an army of Jewish Republicans has no mathematical chance of electing a Republican candidate in the general election battle to advance its interests, why not take off the Republican uniform and put on the Democrat uniform to fight in the decisive battle (Democratic primary) where Jewish interests can be advanced. The battle is a winnable battle as evidenced by the amount of registered Republicans exceeding the winning margin of victory votes in all local Democratic primaries (local city council, NYS and Federal Elections). Where is the loyalty when it comes to voting in local elections? to the Jewish community or to the Republican party?

In addition to appealing to Jewish Republicans to become “Republican Democrats” or “Closet Republicans”, I would appeal to those Jews registered as Conservatives, Independence Party voters or non-registered party voters to register as Democrats to form a Jewish “swing vote” which would determine local Democratic primaries. No matter what party you register with to vote in the primaries, you can still turn around and vote for any candidate in the general election, such as voting Republican for Trump as President, if you so desire.

If you want to Make Crown Heights Safe Again, register as a Democrat to vote in the decisive local Democratic primaries in order to advance Jewish interests.

While every vote is but a small raindrop, if there is enough energy, those raindrops can become a flood of mitzvahs that can wipe away the corruption, the greed, the betrayal, and the resulting evil which threatens the good people of Crown Heights.

Last day to Register to Vote or Change Party Enrollment (By Mail or Online) – Feb. 14, 2020 https://voterreg.dmv.ny.gov/motorvoter/