« Crown Heights Attacker Released Without Bail After Shocking Attack on Jews
Five People Stabbed Near Shul On Forshay Ave in Viola, One in Critical Condition (UPDATED 1:20AM) » 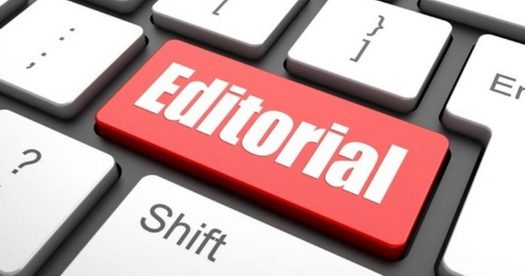 No one really likes a photo op. The in your face, “I am just here to smile, but accomplish nothing” form of politics has grown an unhappy, politically disgusted generation along the lines of the anti-Politically correct movement.

The “photo op” politicians can be found from locally elected positions to high government offices, and can be easily identified. A “Photo Op” politician is completely obsessed with having their face plastered across the media, and don’t actually accomplish much on the ground.

These “Photo Op” events have seen a growing response of disgust from the young, and not so young generation. These feelings are being tapped by people on all extremes, making the boiling stew pot of New York City bubble over.

A recent example of a “Photo Op” politician accomplishing nothing, is the visit made by New York City Mayor Bill DeBlasio to 770 Eastern Parkway in Crown Heights. The last minute visit was made after a rash of hate filled crimes hit the Orthodox Jewish community of New York City.

While there, the Mayor promised “additional patrols”, and stated that the recent attacks would “Not be Tolerated.” Yet Crown Heights has seen extra NYPD Patrols for months, and in that time, has seen an INCREASE in attacks on Jews. DeBlasio’s go to line that such acts would not be tolerated rings hollow, after hearing such lines for years without any change.

The hard to swallow truth is that the police are doing their job, but the city government is not. Useless promises of not tolerating such behavior is actually a flat out lie, when the city releases these perpetrators, many times never even charging them with their crimes, on the basis of mental health or Justice Reforms.

Just this week, after assaulting three Jewish woman on Kingston Ave, a woman walked free without bail, on the basis of the new bail reforms. This woman was caught by the police just minutes after the assault, arrested, and is now back on the streets without punishment.

The Mayor showed his face for the “Photo Op,” in an attempt to convince the community that the attacks is being handled. In reality, nothing has changed.

The saddest part is, that our own community “leaders” play right along. At the mayors visit, Chanina Sperlin and Eli Cohen of the “Crown Heights Jewish Community Council” reportedly asked the Mayor for additional Security Cameras, as they smiled for media.

When was the last time a crime was not caught on a residents security camera? What has the footage helped, as the perpetrators are let out soon after being caught by the police?

Why is it that thousands of “affordable housing” buildings are being built around Crown Heights, and no politicians stand up as dozens of the apartments are set aside for the mentally ill and recently released criminals?

Why are our leaders just shrugging their shoulders and smiling for the cameras as criminals are being released back onto our streets just hours after being arrested?

How much has actually been accomplished by our so called Crown Heights Jewish Community Council over the past year? Can you make a list of accomplishments? I can’t!

« Crown Heights Attacker Released Without Bail After Shocking Attack on Jews
Five People Stabbed Near Shul On Forshay Ave in Viola, One in Critical Condition (UPDATED 1:20AM) »