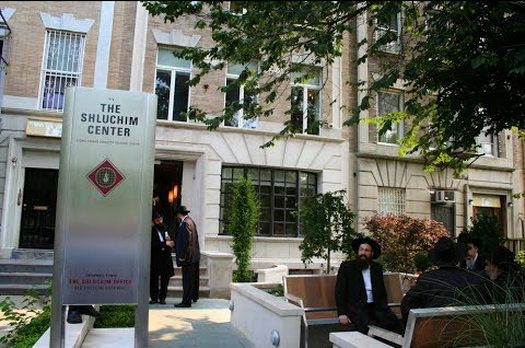 The Question often asked is: Do I need to go on Shlichus? And if not does that make me less of a Chosid?

This, in my opinion, is by far the most needed discussion in Lubavitch today.

Why is that? Simply because it splits up a family, a very large family. Us, the Rebbe’s Chassidim.

Before I attempt to answer this question in detail, Here is a Short background:

In the early years the Rebbe started the “Uforatzto” campaign, the focus was simply on bringing Jews back to their roots, spreading Yidishkeit and bringing Moshiach. This was before the idea of “Mivtzom” existed, and someone who did these activities was doing an “Uforatzto”.

At the same time, these were the early days of Shlichus. Most Shluchim were sent from the time of the Frierdiker Rebbe, and a select few had the merit of being chosen for the job by the Rebbe himself. At the time Shlichus was a Zechus.

The majority of Anash were living in Crown Heights, and when these Sichas were said, no matter how big or small the Chosid, evrey single person felt an Achryus to carry out the Rebbe’s wish. It was who they were as Chassdim. There was a strong sense of real Bittul involved.

During these years, the Rebbe would deliver the now famous sichas about going out of your comfort zone wherever you are needed for this great mission.

As time went on, and generations shifted, the Chassidim started internalizing the Rebbe’s vision of turning over the world. With complete sense of giving themselves over, the idea of Shlichus grew. The Zechus to bear the title “Shliach of The Rebbe” became more common. meanwhile; a real problem started to grow in Crown Heights.

And here it is: Chassdim started to feel that when the Rebbe spoke about Shlichus or Mivtzom (the new names for Uforatzto,) the Rebbe was speaking exclusively to the Shluchim. in other words, that the Bittul required to carry out the Rebbe’s wishes was given over from the Community to the Shluchim, as the people who do it for a living.

With this in mind here is my answer:

The answer is Yes, a Chosid MUST go on Shlichus, but first he must define it.

And as the Rebbe explained Shabbos Parshas Shmini 5718, that even if for some reason you find yourself living in Crown Heights, it is not an excuse to be inactive, you have to do what is needed from you!

In short: A Shliach is a Chosid, and a Chosid is a Shliach. It is one thing.

We really have to internalize this, and fulfill our collective Shlichus together as true Chassdim of the Rebbe. Through this we will be Zoiche Taikef U’miyad Mamosh to be reunited with our Rebbe and Moshiach Now!

This Op-Ed does is the view of its author, and does not reflect the view of CrownHeights.info.