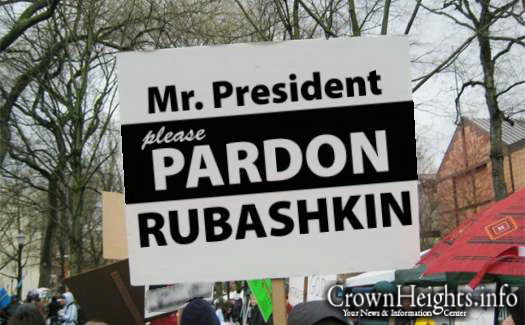 As President Obama counts down his final weeks in the Oval Office, two well-known names in the legal world have called for a presidential pardon for Sholom Mordechai Rubashkin in an op-ed printed by the Wall Street Journal, America’s largest newspaper by circulation:

Obama Should Pardon This Iowa Kosher-Food Executive
Prosecutors overstepped, interfered with the process of bankruptcy and then solicited false testimony.

by  Charles B. Renfrew and James H. Reynolds

One of the Roman poet Juvenal’s best-known lines is quis custodiet ipsos custodes. Who will watch the watchers? Some 2,000 years later, this question is especially relevant for America’s criminal-justice system, given the power wielded by federal prosecutors. Too often their profound authority leads to significant abuse, as demonstrated by the case of Sholom Rubashkin.

Mr. Rubashkin, a 57-year-old father of 10, is the former vice president of Agriprocessors, a kosher food processor based in Postville, Iowa. On May 12, 2008, U.S. Immigration and Customs Enforcement agents raided the company’s plant and arrested hundreds of the firm’s workers who were undocumented immigrants. This led the company to file for bankruptcy several months later.

Shortly thereafter, Mr. Rubashkin was arrested by federal officials and charged with fraud in the U.S. District Court, where one of us formerly served. The government alleged that he illegally shifted money that should have been deposited as collateral for a loan from the St. Louis-based First Bank.

Although Mr. Rubashkin was convicted, he did not intend to cause any loss to the bank. But the federal prosecutors who charged him wanted to extract a pound of flesh, and then some—even at the cost of illegally overstepping their bounds and interfering in the bankrupt company’s sale.

As part of its bankruptcy filing, independent assessors valued Agriprocessors’ assets at $68.6 million. Yet evidence that the prosecutors hid and that Mr. Rubashkin’s attorneys found over the past few years proves that the prosecutors stymied the bankruptcy trustee from making a sale to prospective buyers at a reasonable price. Instead, they warned that buyers would forfeit the business if any member of the Rubashkin family maintained a connection to the firm, although no other family member had been charged.

The prosecutors achieved their intended goal. Nine prospective bidders walked away from the sale—including one that had offered $40 million. The business was sold for $8.5 million, a fraction of its actual worth, ensuring that the bank would not be paid back for the money it was owed. Even the bank, the victim in the case, objected in writing to the prosecutors concerning the government’s actions. Here, too, the prosecutors unjustly concealed the bank’s objections from the defense.

Under federal mandatory-minimum sentencing guidelines for bank fraud, an offender’s sentence is directly linked to the loss incurred by the bank that was defrauded. The prosecutors’ meddling meant that the bank incurred a $27 million loss. This enabled the prosecutors to seek a staggering life-in-prison sentence for Mr. Rubashkin, which they later lowered to a still unacceptable quarter-century. The prosecutors concealed their role by soliciting false testimony fromPaula Roby, counsel for the bankruptcy trustee, who said that the prosecutors did not interfere in the bankruptcy sale process. At sentencing, the prosecutors misled the court into believing this meddling never happened, a fact that was only recently discovered.

Mr. Rubashkin was found guilty on financial-fraud charges and sentenced to 27 years behind bars. Had justice truly been served, he would have received less than four years. In April 2010, after the conviction but prior to sentencing, a bipartisan group of six former attorneys general and more than a dozen other prominent legal experts wrote a letter to the judge in which they urged her to show Mr. Rubashkin leniency.

This call has grown into a clamor in the intervening six years. In April, a bipartisan group of four former U.S. attorneys general, two former FBI directors and dozens of law professors and former Justice Department officials wrote to the current U.S. Attorney for the Northern District of Iowa, Kevin Techau. They described Mr. Rubashkin’s sentence as “patently unjust” and asked him to act to remedy what the letter called “shocking new evidence that prosecutors in your office knowingly presented false and misleading testimony at the sentencing hearing.”

Mr. Rubashkin has now served more than seven years of his sentence—more than twice as much as he would have served had his punishment fit his crime. Every day that he spends in prison is a day that he should be spending as a free man, with his family.

That is why we urge President Obama to pardon Mr. Rubashkin before he leaves office in January. Congress should also take steps to rein in the serious problem of prosecutorial abuse, which has elicited bipartisan concern from many lawyers, legal scholars and federal judges. One possible reform includes making it a felony for prosecutors to knowingly conceal or alter evidence that bears on a case’s outcome.

The watchers must be watched. If they are not, the criminal-justice system will too often deliver the kind of injustice that Sholom Rubashkin is experiencing.