« Chief Rabbi of Russia Tours Food Factories in Western Russia
JEM: A Heavenly Send Off For Shliach To Italy » 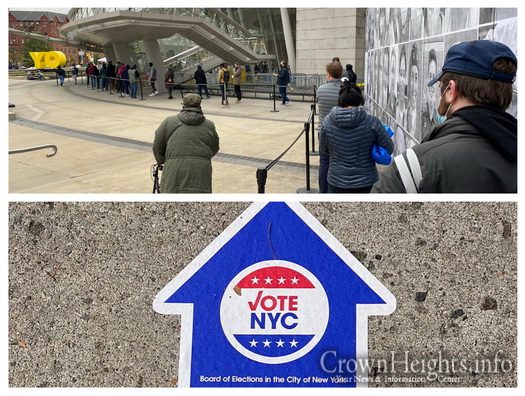 As the 2021 New York City mayor’s race heats up, Jewish voters — one of the most coveted voting bloc in city politics — have yet to settle on a favored candidate for the June 22 primary.

“People first of all can’t stand de Blasio. They think he’s terrible. People here think de Blasio doesn’t know what he’s doing,” Zalmen Hertz, a brash 24-year-old Rabbi from Bensonhurst told The Post, saying it was one of the few things about the race which everyone he spoke to could agree on.

New York City has about 1.5 million Jewish residents, by far the largest population of Jews in the United States. While it’s impossible to say for sure how many are registered to vote, one study from PrimeNY estimated that up to 14 percent of city voters were Jewish, with more than 60 percent of them registered Democrats and thus eligible to vote in the city’s closed primary.

« Chief Rabbi of Russia Tours Food Factories in Western Russia
JEM: A Heavenly Send Off For Shliach To Italy »