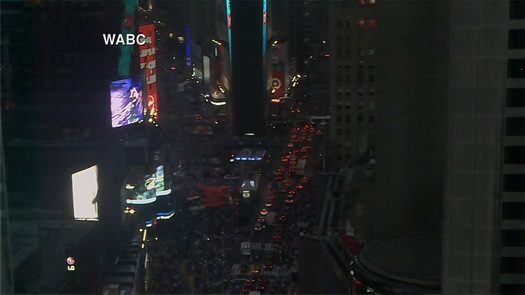 The New York City Fire Department said the fire started at West 64th Street and West End Avenue and has since affected at least 42,000 people by 8pm on Saturday.

Power reportedly went out early Saturday evening at much of Rockefeller Center and as far up as the Upper West Side.

The loss of power is from 5th Avenue to Hudson River, and West 40th to 72nd Streets.

Roosevelt Hospital reports power is lost and they are operating on backup generator power. They have no AC power, and no elevator service.

The Metropolitan Transportation Authority tweeted that there were outages at various underground stations, and that the MTA is working with Con Edison to determine the cause.

There is no evidence of foul play.