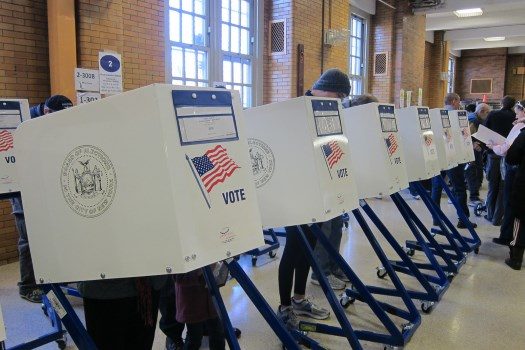 Voters in New York City are poised to decide whether to give Mayor Bill de Blasio a second term leading the nation’s largest city, among other issues and key races to be decided throughout the five boroughs.

Voters will also decide whether they want to call a constitutional convention — as required by New York State law every 20 years — where elected delegates would consider changes to the governmental blueprint. If a convention is approved, any recommended changes would have to be ratified by voters.

The polls will remain open until 9:00pm.