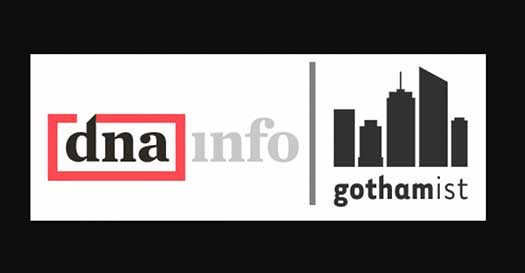 Two of New York City’s most popular neighborhood news websites have ceased operations just one week after reporters and editors voted to join a union.

DNAinfo and Gothamist, both renowned for their hyper-local focus on neighborhoods in New York City and their coverage of local matters, such as community boards and local crime, have ceased operations as this evening.

A message from the sites owner, Joe Ricketts, now greets visitors in what he calls “difficult decision to discontinue publishing DNAinfo and Gothamist.”

Ricketts noted in the past that the sites have not been profitable.

In April, staff members from the sites voted to join a union – the Writers Guild of America East – but Ricketts refused to recognize the union and last week the National Labor Relations Board conducted a formal vote in which 25 of 27 workers voted to join the guild. The result of which requires management to recognize and bargain with the union.

Today, Thursday, they lost their jobs, as Ricketts, the billionaire founder of TD Ameritrade who owned the sites, shut them down.

Today, I’ve made the difficult decision to discontinue publishing DNAinfo and Gothamist. Reaching this decision wasn’t easy, and it wasn’t one I made lightly.

I started DNAinfo in 2009 at a time when few people were investing in media companies. But I believed an opportunity existed to build a successful company that would report unbiased neighborhood news and information. These were stories that weren’t getting told, and because I believe people care deeply about the things that happen where they live and work, I thought we could build a large and loyal audience that advertisers would want to reach.

A lot of what I believed would happen did, but not all of it. Today, DNAinfo and Gothamist deliver news and information each day to over half a million people’s email inboxes; we have over 2 million fans across our social channels; and each month, we have over 15 million visits to our sites by over 9 million people. But more important than large numbers of visits and fans, we’ve reported tens of thousands of stories that have informed, impacted, and inspired millions of people. And in the process, I believe we’ve left the world a better place.

But DNAinfo is, at the end of the day, a business, and businesses need to be economically successful if they are to endure. And while we made important progress toward building DNAinfo into a successful business, in the end, that progress hasn’t been sufficient to support the tremendous effort and expense needed to produce the type of journalism on which the company was founded. I want to thank our readers for their support and loyalty through the years. And I want to thank our employees for their tireless effort and dedication.

I’m hopeful that in time, someone will crack the code on a business that can support exceptional neighborhood storytelling for I believe telling those stories remains essential.

Rachel Holiday Smith, DNAinfo’s Crown Heights based journalist, wrote on Twitter “I am sad for New York and all of its neighborhoods. Thank you for the good wishes. Please keep supporting journalism in any way you can.”