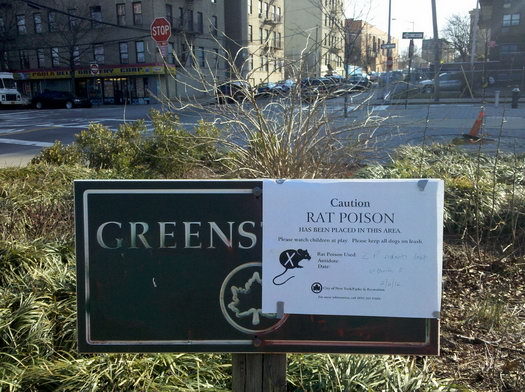 New York City’s mayor is doubling down on the war on rats, pledging three-quarters of a million dollars to fight the scourge.

Democratic Mayor Bill de Blasio made the announcement Thursday at a park in the Upper West Side. Parents have complained that rats have taken over parks in the area, with some residents saying the animals have attempted to jump into their children’s strollers.

The additional $750,000 in funding comes after de Blasio rolled out $32 million for a Neighborhood Rat Reduction plan earlier this year.