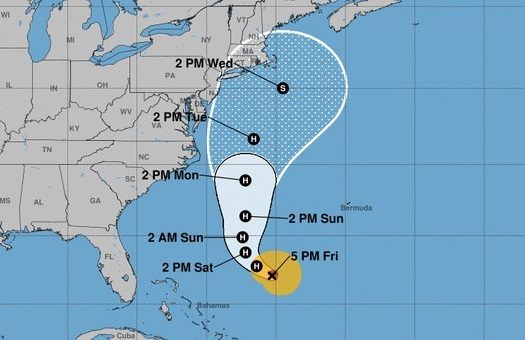 Hurricane Jose has restrengthened into a Hurricane in the Atlantic, and may threaten New York City and other areas of the East Coast by this Wednesday, according to the National Hurricane Center.

Jose was about 485 miles (775 kilometers) south-southeast of Cape Hatteras, North Carolina, after redeveloping into a Category 1 hurricane late Friday. Jose’s path could put it near New Jersey and New York by Wednesday morning, although it may weaken to a tropical storm again by then, the center said.

In 2012, Superstorm Sandy created about $70 billion of damage after hitting the New York metropolitan region.