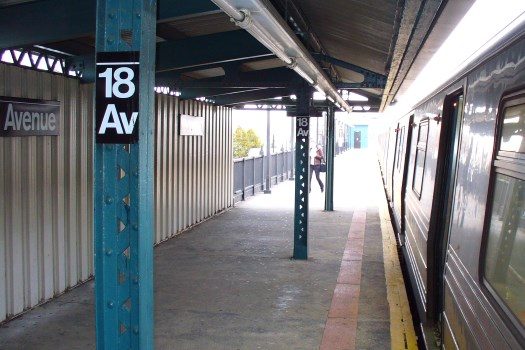 An MTA station agent is under arrest after being accused of sexually abusing a 19-year-old Orthodox Jewish woman at the 18th Avenue subway station in Borough Park.

Police said that 63 year old Mohammad Talukder had reportedly harassed the young woman on several occasions when she came into the station, repeatedly trying to get her to talk to him and to date him.

According to police, Talukder pulled his victim into an isolated construction zone on the northbound side of the mezzanine area of the station on the evening of April 18th, and assaulted her.

After fighting off the attack the victim fled the station, but Talukder allegedly approached her again on Wednesday evening as she left the station at 7:30 PM, assaulting her again and kissing her on the neck.

The young woman reported the two incidents to police on Thursday and Talukder was arrested with sex abuse and forcible touching.  Police said that Talukder, a Flatbush resident, has no history of prior arrests.

The MTA did not immediately return a call for comment on the matter.