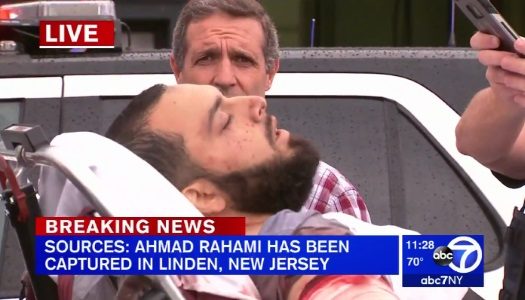 An Afghan immigrant wanted for questioning in the bombings that rocked a New York City neighborhood and a New Jersey shore town was taken into custody Monday after a shootout with police in New Jersey, a law enforcement official told The Associated Press.

WABC-TV footage showed a man believed to be 28-year-old Ahmad Khan Rahami being loaded into an ambulance on a stretcher in Linden, New Jersey. He appeared to be conscious and looking around.

The law enforcement official, who was not authorized to discuss the investigation and spoke on condition of anonymity, said two officers were shot in the gun battle.