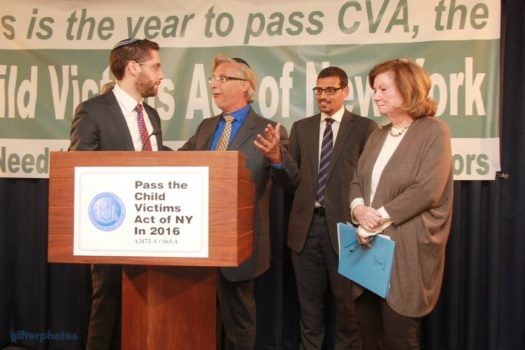 One day after being sharply criticized for focusing on liquor law reform while seemingly ignoring the plight of adults who had been abused as children, New York Governor Andrew Cuomo announced on Wednesday a plan to extend the statute of limitations on child abuse cases.

As previously reported on VIN News (http://goo.gl/Cj86El), efforts have been underway in recent weeks to pass the Child Victims Act, also known as the Markey Bill.  Currently, New York State law gives child abuse victims only until age 23 to press charges against their attackers.  The Child Victims Act would also give older victims a one year window to bring charges against their abusers.

Cuomo’ spokesman Richard Azzopardi said that the governor has been in meetings with both child abuse advocates and victims, with an additional sit down scheduled today, according to Daily News reports.  Azzopardi said that the governor wants to completely eliminate the statute of limitations on criminal child abuse cases and is considering modifications to a law that gives those who were abused in a public institution, such as school, a window of just 90 days from the date the abuse occurred to file a notice of intent to sue.

“This is an incredibly important issue and we are serious about addressing it this session,” said Azzopardi.

Assembly speaker Carl Heastie said that he has been speaking with Assembly Democrats to determine their support for a bill that would reform the statute of limitations.  Kathryn Robb, who has accused her brother of molesting her at age 9, said that Heastie needs to take a stronger stance on the issue.

“Yes, it’s up to the members, but he doesn’t hold the leadership position for nothing,” said the now 56 year old Robb. “He actually has to be a leader.”