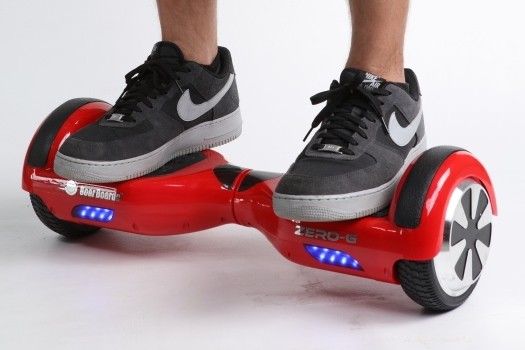 Earlier this week, the NYPD’s 26th Precinct posted on Twitter that ‘hoverboard’ motorized scooters, which are becoming increasingly popular on city streets, are in fact illegal. The NYC Dept. of Transportation confirmed this yesterday, saying violators face a potential $500 fine.

In an attempt to quell confusion over the legality of the handlebar-less motorized devices known as “hoverboards” that are becoming increasingly more visible on the city’s streets, DOT reps confirmed on Wednesday that the self-balancing vehicles are in fact “illegal” and that riding one in public could cost you up to $500 in fines.

ABC7NY.com reports that confusion over the legality of “hoverboards” has stemmed in large part from the failure of the DOT so far to officially “name” the devices, thus restricting it from officially placing the vehicle on the list of other vehicles currently banned from city streets, like go-karts, mini-bikes, off-road motorcycles, and golf carts.

Confusion intensified after the 26th Precinct recently sent out a tweet reminding the public that the crafts are illegal.

In confirming the illegality of “hoverboards,” DOT reps said the device is viewed as a motor vehicle that cannot be registered by the Department of Motor Vehicles in New York.