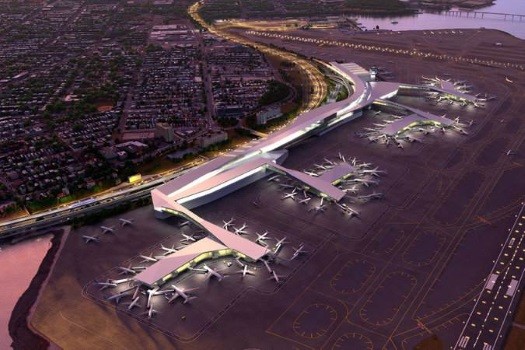 La Guardia Airport, whose dilapidated terminals and long, unenviable record of traveler delays have made it a target of jokes and complaints for decades, will be completely rebuilt by 2021, Vice President Joseph R. Biden Jr. and Gov. Andrew M. Cuomo of New York announced on Monday.

The Port Authority of New York and New Jersey, which operates the airport in northern Queens, estimates the overhaul will cost about $4 billion, most of which will go toward tearing down the Central Terminal Building, rebuilding it in place and augmenting it with a grand entry way.

The project “replaces the airport in its entirety,” Mr. Cuomo said at a Midtown Manhattan luncheon for the Association for a Better New York. He said that airport officials and planners had concluded that there was no way to fix La Guardia, that it essentially had to be torn down and rebuilt. With no place to create a substitute anywhere near Manhattan, they decided it had to remain crammed between Flushing Bay and the Grand Central Parkway.