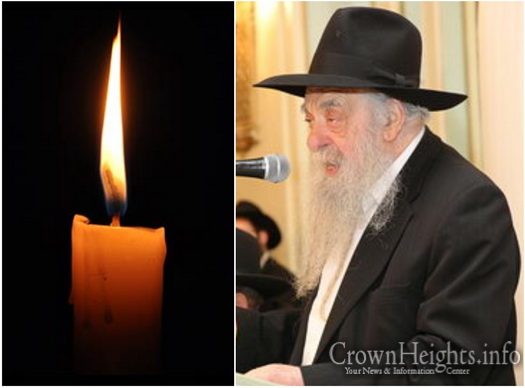 With great sadness we report the passing of Reb Yoel Kahan OBM, a famed chossid and chozer of the Rebbe. He passed away on Thursday, the 6th of Av, 5781.

Born in the Soviet Union, on 16 Shevat, 5690 which corresponds to February 14, 1930, his father Refoel Nachman Kahan, studied in the original Yeshiva Tomchei Temimim, in the town of Lubavitch and authored multiple sefarim.

At a young age he emigrated to the Land of Israel together with his family, and studied in Yeshiva “Achai Temimim” in Tel Aviv under the tutelage of the famous Mashpia Rabbi Chaim Shaul Brook. During his teen years he also studied privately with the famed Mashpia and teacher of Chassidic thought Rabbi Moshe Gourarie.

In 1950 Reb Yoel traveled to New York in order to continue his studies at the central Yeshiva Tomchei Temimim at 770 Eastern Parkway. At the time 770 was also the home and synagogue of the Frierdicker Rebbe.

Sadly, when he finally arrived in New York by sea it was too late, and the Frierdiker Rebbe had already passed away. Yoel remained in New York and became a chossid of the Rebbe.

For decades Kahan served as the Rebbe’s main choizer.

He is survived by his wife Rebbitzen Leah Kahan.

The Levaya will take place Friday, 10:00am at Shomrei Hadaas, and will be passing by 770 at approximately 10:45am. The Levaya will continue from there to the Montefiore Cemetery in Queens.