« Is Breaking A Car Window To Steal A Crime? In NYC, We Are Not Too Sure Anymore
Crime of the Day » 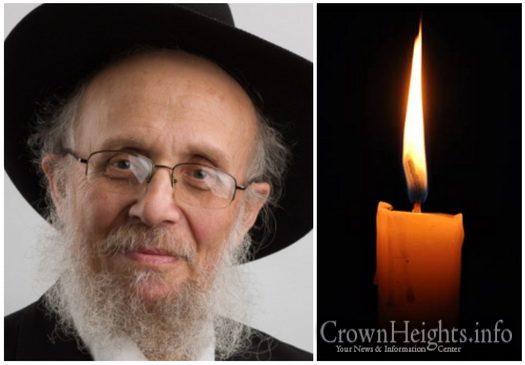 With great sadness we report the passing of Rabbi Leizer Teitelbaum OBM, a Senior Rabbinic Coordinator at OK Kosher Certification. He passed away Tuesday evening, the 1st of Kislev, 5781.

Rabbi Leizer Teitelbaum was born in Germany to Rabbi Michoel and Rebbetzin Esther Teitelbaum in 5708 (1948). He and his parents immigrated to the United States by boat when he was just three and a half years old. It was a long journey and Rabbi Teitelbaum shared a cabin with his mother, while his father stayed in a communal men’s barracks.

After kollel, Rabbi Teitelbaum and his wife moved first to Miami and then to Seattle where he was part of the Hanhola of the yeshivas there. Rabbi Teitelbaum looked after the bochurim, ensuring that they came to seder on time, and was available to answer all of their questions. While living in Seattle, Rabbi Teitelbaum also served as a shochet (ritual slaughterer) for the Jewish community for many years and worked for Vancouver Kosher (now known as BC Kosher). In addition, Rabbi Teitelbaum worked as a mashgiach for the OK while he lived in Seattle, visiting various facilities, including a grape juice plant, an ice-cream factory, and a dried fruit plant.

After a fourteen year hiatus from Brooklyn, in 1987 Rabbi Teitelbaum and his wife moved back to Crown Heights and he began working for OK Kosher Certification full-time. After spending a few months learning the ropes, Rabbi Teitelbaum began traveling extensively on behalf of the OK.

In addition to his vast expertise in the field of kashrus, Rabbi Teitelbaum was also trained in shechita (as mentioned earlier) and safrus (scribe), enabling him to write and check mezuzos, tefillin and Sefer Torahs.

According to Rabbi Don Yoel Levy obm, the former Kashrus Administrator of OK Kosher Certification, Rabbi Teitelbaum was one of the biggest experts in kashrus today.

He is survived by his wife Brocha, and his children Yosef Yitzchak Teitelbaum (Los Angeles, CA) and Chava Tzivia Matusof (Crown Heights).

The Levaya of Rabbi Leizer Teitelbaum OBM will be taking place on Wednesday and will be passing 770 at approximately 1:15pm.

The family has requested not to inform his mother-in-law Mrs. Riva Ceitlin of his passing.

« Is Breaking A Car Window To Steal A Crime? In NYC, We Are Not Too Sure Anymore
Crime of the Day »