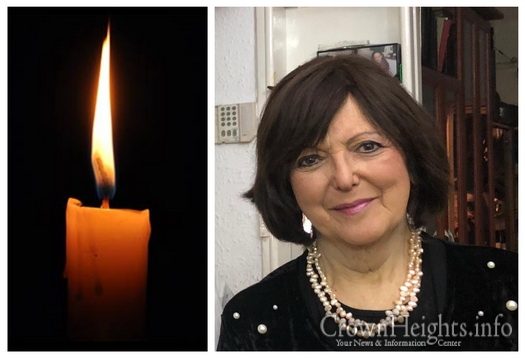 With great sadness we report the passing of Mrs. Miriam Goldberg, OBM, a long time resident of Crown Heights who later moved to Tzfas, Israel.

Miriam was known as a great baalas chessed who hosted many and helped all those in need.

She was zoiche to be close with the Rebbe, and acted for many years as a spokesperson for New York City’s Russian Jewish community.

Despite being ill during the last years, she was always found with a smile and positive outlook.

The Levaya will take place today in Tzfat at 4:00pm Israel time.